The board chair is also Group CEO of Commercial Bank of Africa, in which the Kenyatta family has an interest 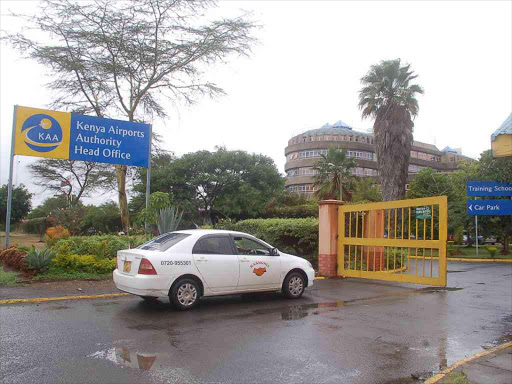 The Kenya Airports Authority has rejected the proposal by Kenya Airways to take over the management of JKIA through a privately initiated investment proposal (PIIP).

The agency yesterday held that much as it wants a better and vibrant airport, the proposal as structured disadvantages it.

The chairman, who is also battling a conflict of interest situation on the plan, said they will strive to deliver the proposal to the committee by April 25. It is headed by  West Pokot MP David Pkosing.

Andersen told the lawmakers that the PIIP would see KQ have full control of the special purpose vehicle (SPV) being created to manage JKIA.

He poked holes in the plan, christened 'Project Simba', saying the airline has no technical capacity to run the airport, owing to its financial incapacities and lack of staff skilled in airport operations.

The MD  said the proposal does not give KAA value for money in the face of the Sh5 billion debt the concessionaire owes the authority.

Citing this as grounds for the takeoverKQ held that the existing facilities are not maintained, hence, limiting customer satisfaction.

KQ board chairman Michael Joseph and CEO Sebastian Mikosz maintained that something has to be done urgently to salvage JKIA.

They told the Transport committee that the airport itself is losing its regional importance.

They said that for six years, JKIA’s position has been declining,  decreasing while Addis Ababa and Kigali airports are growing their traffic very fast.

Mikosz said Kenyan aviation players face imminent danger of being pushed out of the market by competitors, saying they benefit from market protection or government subsidies.

He said a  number of JKIA terminals, apart from 1A, are not automated, posing challenges to luggage handling.

KQ is seeking a 30-year deal that would have it operate and maintain,  a position that has received flak from both MPs and the public.

“There is no clear financing for the 18 airports and airstrips that KAA operates. Furthermore, JKIA accounts for 83 per cent of KAA income (Sh12 billion), funds which are used to run the other airports,” Andersen said.

“The gaps are significant. We are an airport operator whereas they (KQ) fly planes. We need to factor in the skill gaps in the negotiations should the PPP unit of the National Treasury approve it.”

The CEO added that the deal, as it is today, risks job redundancies at KAA as the SPV will only take seconded staff on board for 12 months before the lot is subjected to an evaluation.

It is projected the evaluation would put a chunk of the 944 KAA staff at JKIA and the entire 1,945 staffers at risk of losing jobs.

KQ has, however, maintained that consolidation of aviation assets has worked in countries such as Tanzania, Ethiopia, Dubai, and that only South Africa, Kenya, and Mauritius are yet to take that direction, hence their troubles.

On fears of job losses should the JKIA proposal sail through; the airline bosses said they commit to second all the current JKIA staff to the SPV.

Following these revelations, MPs reprimanded the authority for t aking a back seat in the proposal, saying they seem to be acting in fear of reprisals.

They also asked why a transaction adviser — MMC Africa Law — was paid Sh15 million before the PIIP was discussed and agreed upon.

Nakuru West MP Samuel Arama asked whether KAA undertook due diligence before it engaged MMC Africa Law on the deal.

His Nyatike counterpart, Tom Odege, demanded explanations from Awuondo on his involvement with one of the 10 banks that lent KQ loans during the 2017 restructuring.

West Mugirango MP Vincent Kemosi sought responses on the boards’ role at the start of the proposal, whereas Wajir North’s Abdisalan Ahmed said the conflict on the part of the chair is glaring.

The same was held by Kajiado East MP Peris Tobiko and Rigathi Gachagua (Mathira), who demanded that Awuondo resigns ‘as he is conflicted in the KQ deal’.

“He should resign from either KAA or from Commercial Bank of Africa,” Rigathi said, a comment that Tobiko echoed saying there would be no way the chairman won’t influence the takeover.

But the board chair, who is also Group CEO of Commercial Bank of Africa (CBA), said he clarified at his appointment that he had an interest in one of the lenders.

“There are many options of dealing with your (MPs) concerns. I hear members are considering resignation. I will consider this.”

The other concern by MPs was whether KAA staff were involved at the start of the takeover plan. The workers, through their union, are in court seeking orders stopping the implementation of the PIIP.

Also of concern is that KAA has understated the value of its assets at Sh86 billion, being a value reached in a 2004 review.

Authority finance manager Alex Gitari said there is an ongoing valuation with prospects that KAA assets have appreciated to above Sh1 trillion.

He also denied claims that KAA has been using kids gloves in demanding for payment of Sh5 billion it is owed by KQ.

MPs further raised the red flag that Kenya is losing its market share to its competition, especially Ethiopia Airlines, which now controls 47 per cent of the airspace.

They pledged urgent interventions as KQ contributes 50 per cent of the traffic flow of the eight million who fly through JKIA yearly.

KAA said their hands are tied when dealing with the national airline as the two have a symbiotic relationship, which must be maintained.