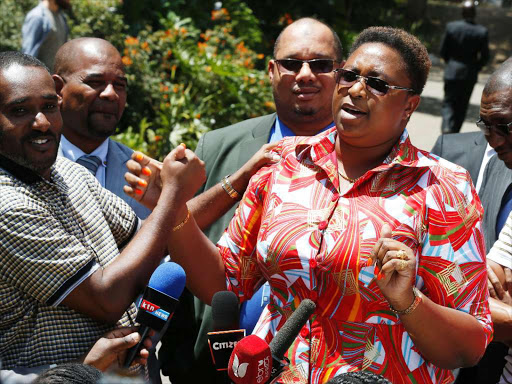 have been officially expelled from ODM party.

Jumwa and Dori have been accused of supporting DP William Ruto’s 2022 presidential bid.

ODM leader Raila Odinga has not declared if he will contest in 2022 but his close ally Siaya Senator James Orengo has said he will.

Sources at the meeting said Dori wrote a letter which was discussed by the National Governing Council.

He has been directed to appear before a special National Governing Council that will be convened within 60 days to explain himself.

ODM's disciplinary committee had recommended the expulsion of

after they openly declared their support for the DP. They ignored the summonses.

Last June, Jumwa was on record saying that she had made up her mind to support DP Ruto as he is ready for the country’s top job irking the party leadership.

However, in October she changed tune and

Others are governors, deputy governors, assembly minority and majority leaders and the parliamentary group.