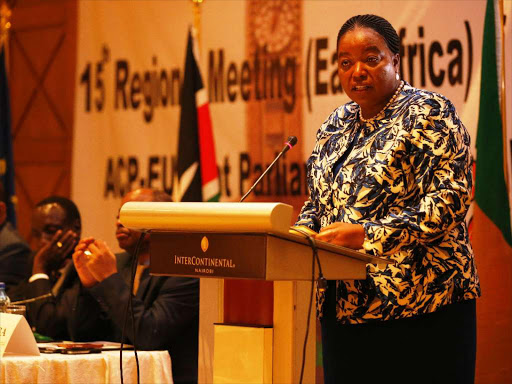 MPs will this morning question Foreign Affairs CS Monica Juma on the diplomatic row between Kenya and Somalia.

National Assembly’s Defence and Foreign Relations Committee chairman Katoo Metito said they want to know the circumstances that led to summoning of Kenya’s ambassador to Somalia.

“We want to get a detailed brief on what really transpired and the way forward,” Metito told the Star by phone yesterday.

The meeting had been scheduled with the ministry to discuss Budget Policy Statement but “we have to spare time to look into this matter of public interest,” the Kajiado South MP said.

On Saturday, PS Macharia Kamau issued a statement that was interpreted to mean that Kenya had recalled its ambassador to Mogadishu and expelled Somalia’s envoy to Nairobi. Kamau said Somalia had auctioned oil and gas blocks in maritime areas claimed by both countries. The auction is said to have happened in London on February 7. Somalia denied the claim.

Macharia later said the Kenyan ambassador had only been summoned while his Somalia counterpart had been sent to Mogadishu for consultation. “The action was taken so we can resolve this matter with credible and correct information from both sides,” Kamau tweeted.

Sources said it took the intervention of Juma and State House for Somalia to cool down and downplay the spat. More diplomatic interventions were expected yesterday with Juma expected in Mogadishu after she returns from the Munich Security Conference.

Yesterday the ministry defended the PS saying he consulted. “Those are speculations. The PS read the release as it were. He was in constant communication with the CS and she was aware of the statement,” the ministry’s head of communication Jane Kariuki told the Star by phone.

The Bungoma senator said he signed the deal during President Mwai Kibaki’s administration.

“As Foreign Affairs minister, I negotiated with the Somalia Government at that time. We signed the agreement to have the latitudinal boundary,” he said.

Wetang’ula spoke at his Ford Kenya party headquarters in Nairobi. He called for Kenya’s heightened activities in the disputed area. “You have your territory by occupation and Kenya should engage its friends by showing active presence.”