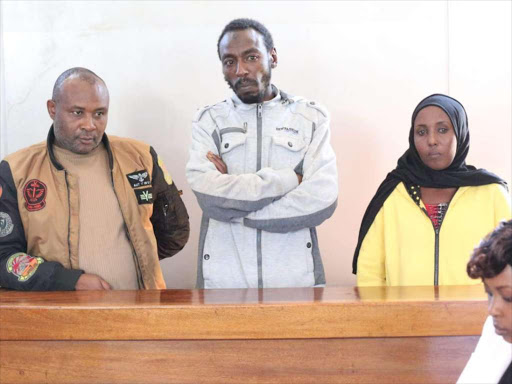 Abdul Kibiringi, James Mwai and Habiba Hunshur had on Monday appeared in court after being

The police had asked for five days to complete investigations.

returned to court, the officer in charge of crime at Nyeri police station Cyprian Gitonga said they have completed investigations but traced no offence.

were liaising with the Anti-Terrorism Police Unit, he said.

Constable Newton Mwangi from the ATPU had told the court on Monday that investigators were waiting for call logs data to complete investigations.

He had told the court initial investigations indicated the three had a link with other suspects in the attack at Dusit hotel.

suspects after the Dusit terror attack.

Out of the 14, seven have already been charged in court, three are in remand while two girls are being held at the Ruring’u Juvenile home as they are underage.

A police source told the Star that one is a Ugandan national while the rest are Kenyans.

Police said one of those released will be taken to a rehabilitation centre under ATPU as he had already been radicalised while the two others will be under police watch.