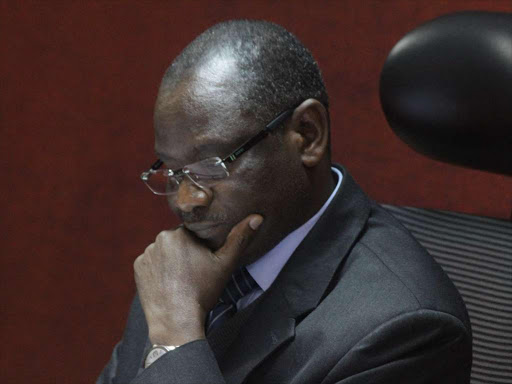 The standoff between the Executive and the Judiciary on whether Justice Mohammed Warsame should be a JSC member has taken another turn after the high court ordered him to immediately assume his position at the commission.

In a judgment delivered today afternoon, Justice Chacha Mwita ruled that President Uhuru Kenyatta violated the Constitution by failing to appoint Warsame into office over 10 months after he was elected by his colleagues at the court of appeal.

“Declaration issued that the President's failure to appoint judge Warsame as a commissioner violates the Constitution and is invalid;” the court held.

Judge Mwita has also said that Warsame is exempted from taking the oath as provided under section 40 (2) of JSC Act.

The court issued orders compelling the Chief Jusitce David Maraga and JSC to facilitate Warsame to take his position at the commission.

According to the judge, an administrative action such as the President's appointment cannot hold a constitutional process hostage.

The court further declared Warsame as a duly appointed a member of the JSC by virtue of his election.

In the case LSK had moved to court challenging the move not to swear Warsame because he was not gazette as a member of JSC.

They argued that it was an omission that had the deleterious effect of undermining the functioning of the judiciary and its independence.

Speaking after the ruling was delivered; LSK Advocate Ochiel Dudley said it is a win for the Rule of Law and independence of the Judiciary.

“The case also demonstrates the court's power to craft an appropriate and effective whenever the Constitution is violated or threatened with violation". Ochiel added.