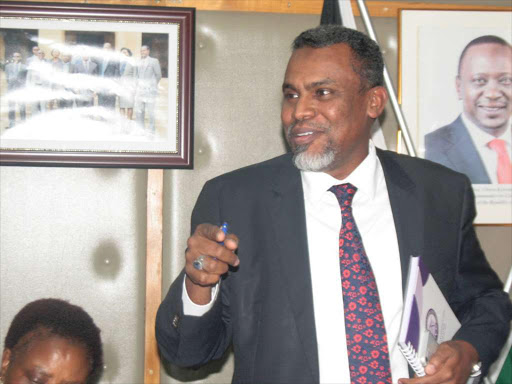 The Law Society of Kenya has taken the Director of Public Prosecutions Noordin Haji to court over what it terms arbitrary arrest of its members who fail to divulge client information.

The LSK said the state agents have interfered with the veil of privilege bestowed upon advocates by law and in turn exposed them to tremendous negative legal consequences.

The advocates Act allows lawyers to hold in confidence information given or disclosed by their clients.

But the LSK said, in a departure from the norm, state agencies have resorted to breaching that privilege and arresting its members if they fail to disclose information relating to their clients.

The society said allowing the precarious trend to continue is an affront to justice.

The LSK is seeking orders to prohibit state agencies from arresting lawyers.

It also sought the release on free bond of any advocate arraigned in relation to their practice.