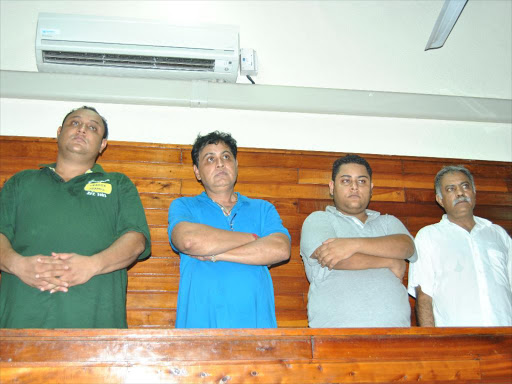 A legal battle is looming between the government and prominent Kenyans wanted by the FBI over narcotics trafficking as the US plans to make formal extradition requests.

Kenyan suspects fear the government may cooperate with US authorities to cut short the protracted legal process that ordinarily could see the extradition take years in the corridors of justice.

The cooperation is to have authorities arrest the suspects, bundle them into a plane and send them out of the country to face justice in the United States.

Akasha brothers Baktash and Ibrahim were clandestinely taken away in similar fashion, while their extradition case was ongoing.

Over the weekend, the Star exclusively reported that three governors, a Cabinet secretary, two judges and a Chief Administrative Secretary are among tens of Kenyans being sought by the US over links to the notorious Akasha drugs family.

The list, still kept under wraps has sent shivers among the Kenyan elite who were close to the Akashas.

Most of the suspects are said to be accomplices in the narcotics underworld while others, especially the judges and top police officers, pocketed hefty bribes to aid to protect the drugs business and obstruct justice.

However, lawyers who spoke tUnitedStar said extradition must officially be sanctioned by the High Court and anything less would amount to a travesty of justice.

“For another country to come and intrude on the sovereignty of another state without that state having its processes followed would be a violation of rights of the suspect,”

The charges include distribution of heroin and methamphetamine and conspiracy to import the drugs into the United States.

Yesterday, lawyers poked holes into the manner in which the Akasha’s were extradited to the US.

He said compelling evidence must be produced in court before a suspect is extradited and even such a decision can be challenged right up to the Supreme Court. This means that extradition is a protracted process that can take years.

“We must appreciate the wheels of justice grind slowly. The fact that it takes time through the legal process is no justification to arbitrarily and with a lot of impunity enter Kenyan territory, pick Kenyans and take them to US,” Omari said.

He said extradition proceedings must be treated like any other cases, some of which have been pending in the courts for the past 15 years.

Former Finance minister Chris Okemo and former Kenya Power boss Samuel Gichuru have never been extradited to New Jersey since the request was made in 2011.

The two are wanted in New Jersey to face corruption and money laundering charges.

In March, the Court of Appeal quashed extradition proceedings against the two. The DPP appealed the decision at the Supreme Court where the case is pending.