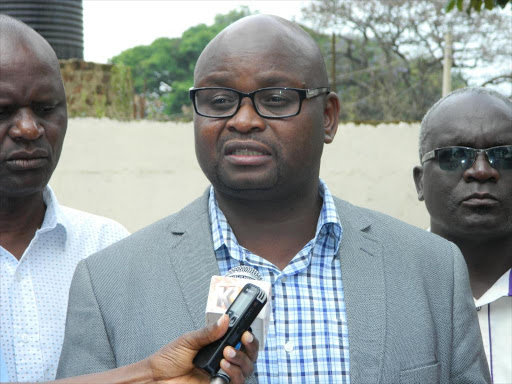 Nurses have cancelled their national strike that was to start on December 9 to February 5 2019.

The health workers had threatened to down their tools for delayed implementation of their return to work agreement signed on November 2 2017.

They blame the Salaries and Remuneration Commission for the delay.

“After cross-analysis from various counties, the statistics indicate that most of the counties indeed factored allowances in their financial year 2018-2019. We blame the

He spoke on Sunday while addressing the press in Kakamega.

The nurses are demanding the implementation of the return to work that requires the government to provide nursing services allowance to be implemented in three phases.

The nurses are also demanding for the uniform allowance which was increased to Sh 5000 per year effective July 2018.

He warned that if SRC doesn’t act on this, nurses will have no option but to down their tools in February 2019.

“Someone in Nairobi in SRC is playing politics with the health of the Kenyans and with this issue of the nurses, therefore we would like to note that if the allowances will not have been paid by February 5, 2019, nurses shall commence the strike,” Panyako warned.

Post a comment
WATCH: The latest videos from the Star
by CALISTUS LUCHETU
News
09 December 2018 - 15:00
Read The E-Paper