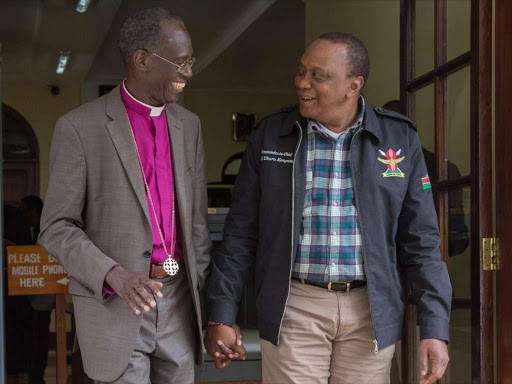 Some Sh207 million of taxpayers money that could have been lost through graft was saved between July and December this year, the anti-corruption commission has said.

The EACC chairman Eliud Wabukala on Friday said the amount was recovered from corruption networks.

This brings the total amount EACC has saved from graft in the last five years to Sh20.8 billion and Sh3.6 billion from assets recovered.

“Many cases EACC is handling demonstrate that the fight against corruption does not spare anyone by virtue of status or position,” the commission said during its interactive twitter discussion with the public.

The Friday morning discussion came prior to marking the International Anti-Corruption Day on Sunday themed ‘Winning the Fight Against Corruption, a Sustainable path to Africa’s Transformation.’

The Wabukala-led EACC also revealed that Sh21 million has been recovered from assets acquired illegally within the last five months.

The July-December period saw seven cases to recover assets acquired illegally filed in court and four cases filed to have the assets preserved.

So far a total of 85 cases seeking recovery of assets acquired illegally have been filed in court since 2013 while 88 applications have been made to preserve the assets.

The commission disclosed that suspects in 17 graft cases whose hearings were finalised between July and December were all all convicted.

This brings the number of convictions to 97 of 128 corruption cases finalized in court since 2013.

Acquittals within the same period are 25 cases while discharges are six.

“In the last five months alone, EACC has completed investigations on 87 corruption cases and forwarded them to the office of the Director of Public Prosecutions where 63 of these have been accepted for prosecution,” the commission said.

The anti-graft commission told the public to shun the “culture of glorifying wealth without work” and report to it or any relevant state agency incidences or cases of corruption.

Kenya has suffered a string of corruption cases pushing her finances into dire streets even asthe country seeks to borrow inorder to drive her projects.

Some people have called for the disbandment of the EACC saying it is not helping in war on corruption but was only costing taxpayers more money.