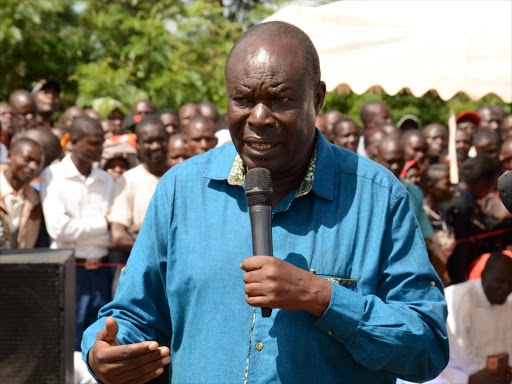 on Wednesday apologised to MCAs for making false allegations against them.

He had alleged that the county had given each MCA Sh1.4 million to pay for driving licences for boda boda riders.

Ngome made the remarks during the funeral of a boda boda rider in Kabula.

“I'm sorry, but I could have been quoted out of context. I didn’t mean to say the money had already been given to you but that the Governor was planning to give each one of you the funds to help boda

He was grilled by the angry ward representatives who accused him of inciting the public against them.

Kabuchai Chwele Ward MCA Barasa Mukhongo said it was not the first time that the DG had made such outrageous remarks against them.

He said early in the year, Ngome said the county had disbursed Sh17 million to each ward, which was not true.

us at odds with the public. What is your intention?" he asked.

“When you say you have given us money and you haven’t, do you want

riders to come and lynch us?" another MCA Majimbo Okumu asked.