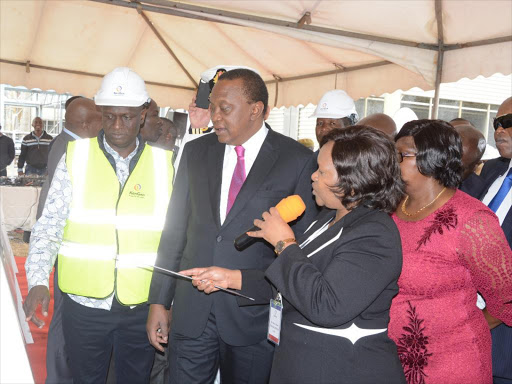 Thermal power production mainly in Coast and Western Kenya regions will be phased out in the next two years, President Uhuru Kenyatta has announced.

Uhuru said currently, green energy which included geothermal, solar, wind and hydro, contributes to 90 per cent of electricity pumped to the national grid.

The Coast region has already received 100MW of geothermal power in a move aimed at stopping the use of thermal power which is expensive and harmful to the environment.

Uhuru was spoke in Naivasha yesterday during the groundbreaking ceremony for Olkaria I Unit Six power plant which will pump an extra 83MW to the national grid.

“Plans are underway to phase out thermal power mainly in Western part of the country by 2020 and this will definitely see the cost of electricity come down, he said.

saying Kenya was currently ranked first in Africa in terms of geothermal exploration.

He said in the last five years, the government had pumped a total of 1060MW into the national grid with 364MW produced in the last three months.

“The government is committed to increasing green energy and in the last three months we have added 310MW from the Lake Turkana wind project and another 54MW from Garissa solar project,” he said.

The president said electricity connection to households has risen from 2.2 million to the current 6.9 million since the Jubilee government came into power.

Post a comment
WATCH: The latest videos from the Star
by By George Murage
News
05 December 2018 - 00:15
Read The E-Paper