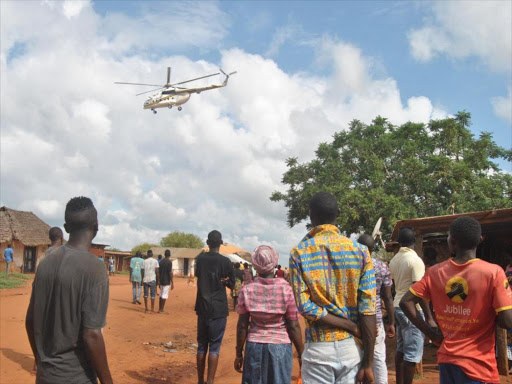 The Italian aid worker who was abducted by gunmen in Chakama area of Kilifi last week is still alive, the Star has established.

Silvia Romano's kidnappers could be planning to demand a ransom.

Italian media indicated that there could be secret negotiations initiated by the Italian government to secure her release.

However, authorities fear that Romano may be sold to al Shabaab terrorists in Somalia.

Journalists from Italian TV stations and newspapers are in Malindi to cover the abduction.

Raffaella Scuderi, who works for

The VP said they were happy to have good news about Romano,Scuderi said.

The journalist who spoke in Malindi said the VP confirmed that Romano is alive, and investigators are tracking the kidnappers.

"We believe there is a deal going on since they intercepted the calls between one of the kidnappers and the wife,’’ she said.

However, the Italian government has not confirmed negotiations for ransom.

Scuderi said in 2004, an Italian woman Simona Simona was kidnapped in Iraq, and in 2014 another one only identified as Gretta was abducted in Syria.

She said the two social workers were freed, but the Italian government denied paying

Scuderi said when news broke about Romano's abduction, she was on holiday in Tanzania. She cut short her holiday, flew to Mombasa and then drove to Malindi.

At first, it was reported in Italy that Romano had been abducted by al Shabaab militants, but the following day it was established that local herders had kidnapped the aid worker.

"Italian media had reported that al Shabaab were behind Romano's abduction, owing to the large number of

She said there were contradictory reports.

She said there are special forces from Italy ROS popularly called Carabienieri who are tracking Romano.

In November, Romano signed a contract with Africa Milele Onus to work in Chakama until March next year.

abduction an editorial was written in one of the influential Italian newspapers questioning why she went to a remote village in Kenya yet there were people back home who needed help.

Scuderi said the editorial blamed Romano for going to a dangerous area in a remote village.

This elicited a nationwide debate, with many criticising her and the NGO that

Police are combing Tana River and Lamu counties, where kidnappers are believed to be holding her.

On Friday, police named three suspects believed to be the gunmen who abducted Romano.

They placed a Sh1 million bounty for anyone who would reveal the whereabouts of the kidnappers.

A wife of one of the suspects together with his in-law were arrested in Tarassaa, Tana Delta and they are being grilled.

The woman who has a week-old child was arrested after police intercepted her talking to the husband.

Security personnel are using drones to track down the attackers.

The military, the police and KWS with special forces are in Boni forest pursuing the suspects.