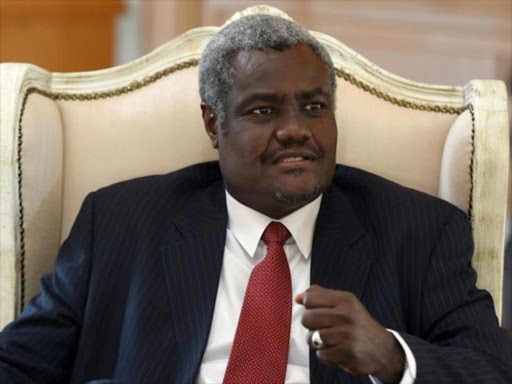 Senior officers at the African Union Commission have been harassing female staff on contract for sex, an inquiry report says.

A special committee commissioned in May by AUC chairman Moussa Faki reported massive corruption and nepotism.

The team was formed to probe allegations of sexual harassment.

Sexual harassment by the victims’ “supervisors” often happen during official missions away from workstations, the team said.

“It would appear that the vulnerability of this category of staff is exploited on account of their insecurity of tenure,” the report released on Thursday says. AUC is based at African Union headquarters in Addis Ababa, Ethiopia.

The Diop team said lack of a policy against sexual harassment and abuse was to blame for the harassment.

“Senior departmental staff, who position themselves as gatekeepers and kingmakers, are well-positioned to make believable promises to young women that they will be offered contracts,” the report says.

Faki commissioned the inquiry after complaints through an anonymous letter.

He said the move was part of his pledge to get rid of malpractices after taking over in March last year.

The team interviewed 88 employees across all departments.

“Interviewees claimed these cases are not reported as this would be counter-productive to the victim,” the report says. The team recommended a lifetsyle audit and gender-balance of employees.