Most pregnant teens are from poor families 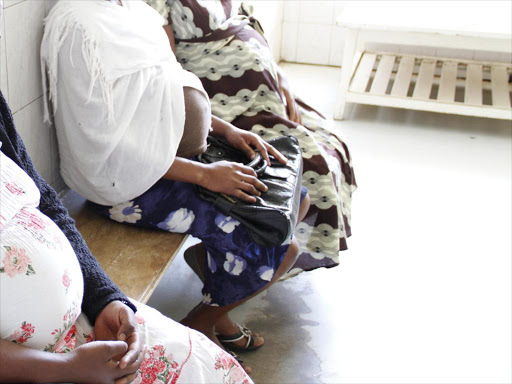 Majority of teenagers who get pregnant come from poor families, statistics from the United Nations Population Fund shows.

“Society pays a high price when 15 per cent of its teenage girls become pregnant.

For virtually all of them – and statistics says majority are from poor families - it means an end to their education, closing the door on a route out of poverty,” Chatterjee said.

He spoke in Nairobi ahead of today’s International Children’s Day. He said the a day should be set aside to reflect on the national crisis of underage pregnancies. “There is need for discussions about adolescent sexuality,” he said.

“Complications during pregnancy are the second highest cause of death for the 15 to 19-year-old girls. Children born to such young mothers are more prone to physical and cognitive development problems,” Chatterjee said.

Many teenagers across sub-Saharan Africa lack knowledge of the development on their bodies, contraceptive options and their rights.

“The 2014 Kenya demographic and health survey shows girls who have completed secondary education have an average of three children in their lifetimes compared to an average 6.5 for those with no education. Additionally, about 60 per cent of girls who have completed primary and secondary school use some form of modern contraception compared to only 15 per cent of those with no education,” Chatterjee says.

He said the fact that one in five Kenyan teenage girls is a mother represents not only a huge cost to the health sector, but also a betrayal of potential on a shocking scale. The UN boss said causes of teenage pregnancy are complex and include gender inequality, child marriage, poverty, sexual violence and poor education and job opportunities.

He said efforts to reduce teen pregnancy must address all the above elements through comprehensive programmes of behaviour change, social and economic development, health and sex education, reproductive rights and gender equality. “Crucially, such efforts must also include boys and men, whose attitude to girls and women underpin many pervasive social problems in Kenya and across the world,” Chatterjee said.