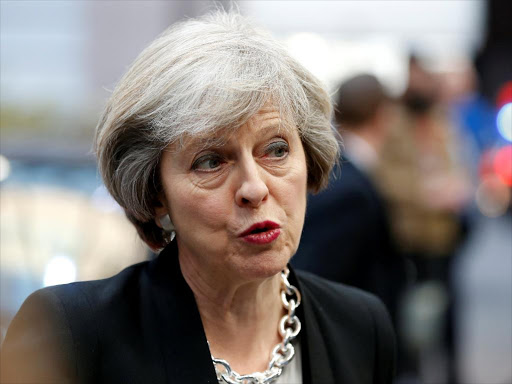 Negotiations over the UK's departure from the EU are "now in the endgame", Theresa May has said.

Addressing the Lord Mayor's Banquet in the City of London, the prime minister said talks were "immensely difficult", but the sides had been working "through the night" to make progress.

But a final deal to present to cabinet is not yet ready, it's understood.

May is addressing her cabinet on Tuesday, but some ministers are believed to want a change of plan. The main sticking point is how to keep trade flowing at the Irish border.

"It's thought the only substantive area of remaining disagreement is over the mechanism for the UK to exit the proposed 'backstop' customs arrangement," he said, referring to the fallback arrangement to guarantee no new visible border checks.

"It's believed the EU is insisting on some sort of role for the European Court of Justice.

"Sources have again re-iterated the need for a deal to be done by tomorrow if there is to be a November EU summit."

On Monday night, some cabinet ministers also met for drinks in International Trade Secretary Liam Fox's office to discuss Brexit, including no-deal plans and the Irish "backstop". Unease over the backstop centres on how it will work.

The prime minister is under pressure from both Brexiteers and pro-EU MPs as she tries to seal a deal with the EU on the terms for the UK's exit on 29 March 2019.

Both sides want to schedule a special summit of EU leaders at the end of November to sign off the withdrawal deal, but time is running out.

Brussels says it will only agree to put the wheels in motion for the summit if agreement can be reached on the issue of the Irish border.

If a deal can be reached with the EU in time, May will then need to persuade her party - and the rest of Parliament - to support it in a key Commons vote.

Several Tory MPs are unhappy at the expected shape of the deal and have warned it will not get through Parliament.

As well as Leave-supporting Conservative MPs who are worried about the UK being tied to EU rules, some pro-EU Tories also have misgivings.

May's preferred plan for future relations with the EU after Brexit were agreed at Chequers - the prime minister's country retreat - in July, in a marathon cabinet meeting lasting nearly 12 hours.

On Friday, Transport Minister Jo Johnson resigned, saying what was on offer fell "spectacularly short" of what had been promised and calling for another referendum.

In her speech on Monday evening, May said: "The negotiations for our departure are now in the endgame.

"And we are working extremely hard, through the night, to make progress on the remaining issues in the withdrawal agreement, which are significant.

"Both sides want to reach an agreement. But what we are negotiating is immensely difficult.

"I do not shy away from that."

May said that "overwhelmingly" British people want the government to "get on with delivering Brexit".

"I want them to know that I will not compromise on what people voted for in the referendum," she said.

"This will not be an agreement at any cost."

Jesse Norman has been promoted to replace Jo Johnson in the Department for Transport, Downing Street has said.

Norman was previously a junior minister in the department.