Mother of pregnant woman kidnapped in Mombasa appeals for her rescue 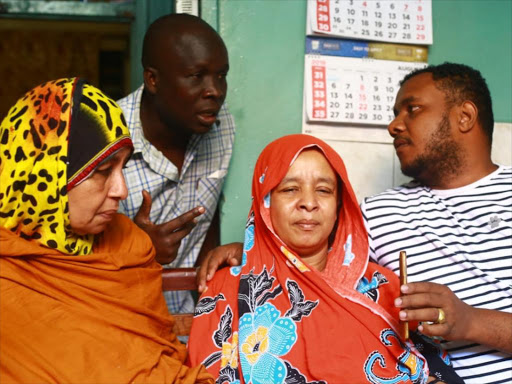 A woman, whose eight-months pregnant daughter was abducted on Thursday, has pleaded with the police to secure the lass' release from the hands of kidnappers.

Khadija Bwanaomar, a diabetic, says her health has deteriorated since Saida Abdulrahman, 20, went missing on Thursday.

"I have not eaten or slept since then. Please, have mercy on me. I am diabetic and this situation is killing me," Khadija pleaded.

She spoke at her home in Mwembe Tayari on Sunday.

Saida, who was expecting her first child with Mohammed Abdulrahman, was due to travel to Lamu where she was to deliver.

She left her house on Thursday mid-morning for Buxton where she was to take a matatu to Malindi airport before flying to Lamu.

However, she boarded a Tuk tuk but never got to Buxton only to call home later in the evening saying she has been abducted and did not know where she was.

Police have been tracing her since the report was made. The officers handling the case say they are making progress.

On Sunday, the family and Muhuri officials asked the public to stop speculating about Saida, saying it is taking it's toll on her mother.

"There has been speculation of all sorts," said Muhuri rapid response officer Francis Auma amid social media rumours that Saida's body has been found in Tsavo.

"These are false reports. Let police do their work," Auma said. Saida is the second of Khadija's three children.