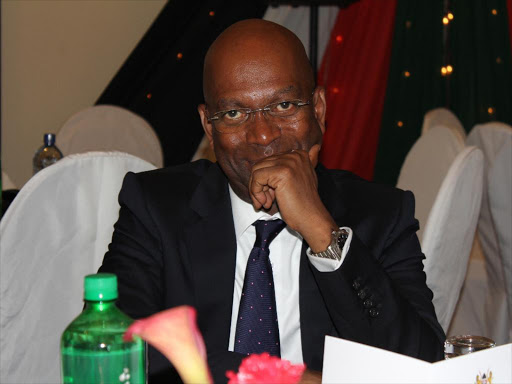 Safaricom CEO Bob Collymore has resumed duty after a nine-month break at a time when the firm is grappling with SIM swap fraud.

He temporarily left the company on sick leave in October last year and flew to London for treatment.

On Monday, Collymore said he is grateful for the care he received at University College London Hospitals.

"I'm back. Thanks to everyone who supported me over the past nine months especially the clinical team at @UCLH, my superb @SafaricomPLC team and of course my wife @WambuiKamiru," Collymore said on Twitter.

He received a warm welcome and well wishes, including from Kibera MP Ken Okoth who said he was missed and should fully recover.

He also said Joseph Ogutu, the Director of Strategy and Innovation, will be responsible for Safaricom's day-to-day operations until Collymore returns.

There were claims that Yolanda Zuleka had been appointed to replace Collymore. However, Safaricom refuted the allegations.

Zuleka, a South African, is the CEO of Vodafone Ghana.

Safaricom customers are anxious about the SIM swap scandal.

A Safaricom employee linked to the crime was charged with computer fraud at an Eldoret last month.

Linda Najoli is accused of intentionally interfering with Anneth Jerop's line at Safaricom Care Centre in Eldoret on July 16.

It is said she transferred Sh38,500 from Jerop's M-Pesa account.

On July 30, a court in Nairobi detained 11 SIM swap suspects for 10 days to allow the DCI

Detective Mohammed Amin had sought orders to have the suspects detained at Muthaiga police station for 14 days.

The suspects were arrested in Kasarani and Pipeline estates.

The company has apologised to customers, saying it does not give details of its clients to third parties.

This is after one subscriber questioned why his details were given to a promotion company.