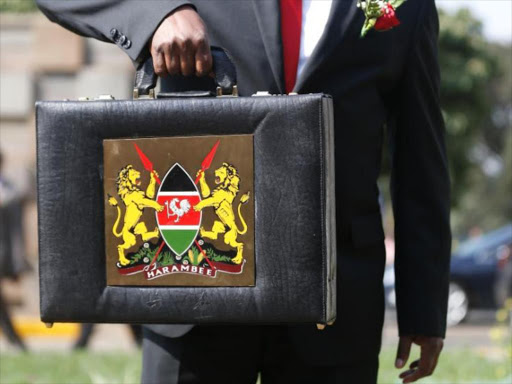 The High Court has suspended the implementation of excise duty introduced in Finance Bill,2018.

In a ruling on Thursday, Justice Wilfrida Okwany said duty on money transferred by banks is an important issue that cannot be the subject of guesswork or individual interpretation by the lenders.

The determination followed an application by Kenya Bankers Association challenging a decision by CS Treasury Henry Rotich to introduce a Robin Hood Tax of 0.05 percent on Sh500 or more that is transferred through banks and other institutions.

She wants the laws suspended until definition of "money transferred by banks" is provided.

Okwany asked the AG and KRA to file their responses within 14 days since the matter is of great public interest,

"I find that the fact that KBA has raised the issue of ambiguity in the law in question calls the attention of the AG and KRA to make a clarification on the issue so an not to leave it to the subjective interpretation of those supposed to implement it," said the Judge.

The court also took notice of the fact that the impugned bill is still in its initial stage as it is yet to be legislated into law by parliament.

The case will be heard on September 17.

The Bill seeks to introduce a number of amendments to the tax regime to mobilise revenues to finance the Government’s Sh3 trillion budget.

Some of the amendments include the introduction of a presumptive tax targeting the informal sector,overhaul of the compensating tax regime and Robin Hood taxes - tax on money transfers by banks.

Others are one year extension of the tax amnesty, doubling of the late payment interest charges and repeal of interest rate capping.