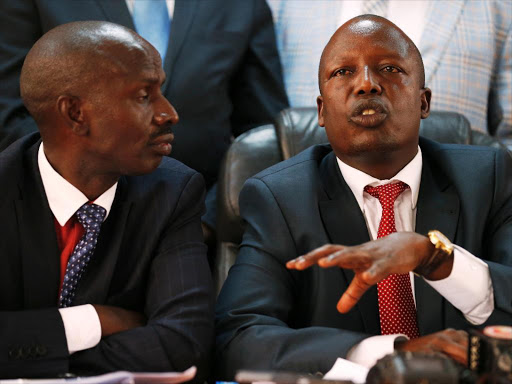 A motion proposing the installation of security cameras in boarding schools across the country is set to be tabled in Parliament, a lawmaker has said.
Nominated MP Wilson Sossion said this seeks to ensure the safety of students.
He said the proposal was arrived at following the recent rape incident at Moi Girls School in Nairobi.
Sossion said a committee found out the cameras at Moi Girls were not working, making investigations difficult.
“It was nearly impossible for the committee on education probing the Moi Girls incident to know whether there were intruders or not. The guards did not see anybody and the only thing that could have recorded the incident are security cameras,” the MP said.

“The discovery that the CCTVs at Moi Girls were not working has informed the committee on proposing mandatory security cameras in all boarding schools.”

Sossion said the motion would compel the Interior ministry to fund installation of security cameras in schools.
“It is our wish, if the motion passes, the security cameras have a central control manned by police for them to monitor and keep students safe,” he said.
Sossion, also the Kenya National Union of Teachers secretary general, said the security cameras should not be viewed as victimisation of teachers.
“Without such measures you will hear teachers being victimised through unnecessary transfers and summons for questioning,” the ODM legislator said.
Sossion spoke during a prize giving ceremony at Motigo Primary School in Bomet Central.
He said it is regrettable that some schools have employed unexperienced people as guards. Sossion said schools in big towns need to engage police officers.
“We want to see police guarding some schools where the administration is aware that the environment is not friendly to learners,” Sossion said.
At the same time, he opposed delocalisation of teachers. Sossion said forcing teachers to move exposes families to breakups.
“This policy is not friendly and will break up families,” he said.