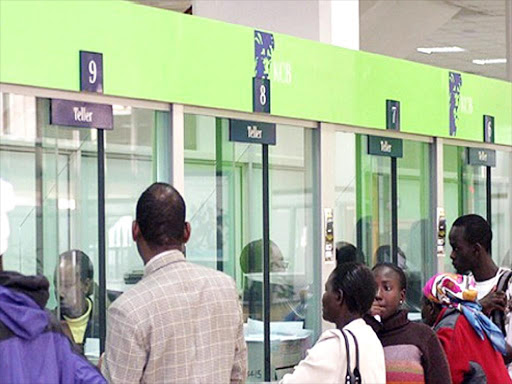 Customers queue inside a KCB branch in Nairobi. /FILE

You will have to give a three-day notice to your bank before withdrawing Sh10 million or more.

This requirement is among new guidelines by the Kenya Bankers Association (KBA) as part of efforts to curb fraud.

Banks were put on the spot after reports of yet another scandal, of Sh9 billion, at the National Youth Service.

In a statement on Monday, the governing council of the KBA said that for cash transactions

of over 10 million, the branch manager should request the customer to give a three-day written notice of the intention to transact.

The customer will reveal the source of funds, with supporting evidence, for deposit transactions, and the purpose of the money.

The person will also state why an RTGS cannot be carried out and give copies of the ID or passport. The identification documents of the beneficiaries will also be required.

“These guidelines are to be applied alongside existing Central Bank prudential guidelines and provisions of the Proceeds of Crime and Anti-Money Laundering regulations,” CEO Habil Olaka said.

Olaka added that the guidelines apply to all banks and that the limits are to be interpreted as daily, not per transaction.

Amounts higher than this will be approved by the head of branch banking or director.

“The governing council has noted ongoing efforts to curb corruption and the role of commercial banks in these efforts,” Olaka said.