Senator Kyle McCarter to replace Godec as US ambassador 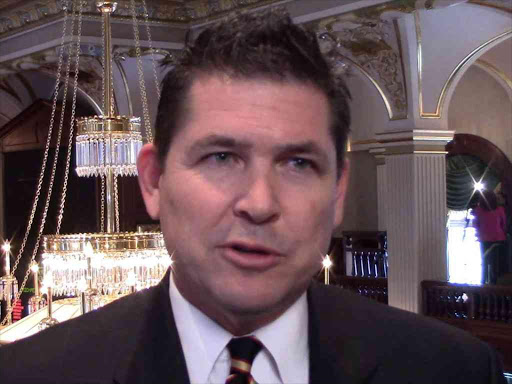 President Donald Trump has nominated Senator Kyle McCarter of Illinois as Ambassador Extraordinary and Plenipotentiary of US to Kenya.

Trump made the announcements on Wednesday.

nomination is approved, he will take over from Robert Godec who has served since

Sources at the US Embassy in Nairobi told the Star that Godec has not been recalled but will go back to Washington for reassignment.

"He is the longest-serving US ambassador in the world as well as in Kenya. He has been asked to extend his tour of duty twice and now that the elections are done, and the handshake happened, it is a good time for the transition," the source said on Thursday,

The insider added that the Godec team is committed to a smooth transition as they await the Senate confirmation of McCarter.

According to the White House website, McCarter has also been a State Senator in the Illinois General Assembly since 2009.

From 1984-1989, he served as a field auditor, Missionary and International Director of Each One Feed One International, based in Lebanon, Illinois with an office in Mukothima, Kenya.

McCarter volunteered as a Member of Mercy Ministries of America (now Mercy Multiplied) and served as its President for a year.

He has been a member of numerous Chambers of Commerce in Illinois.

The nominee earned a B.S. at Oral Roberts University in Tulsa, Oklahoma.

McCarter, , applied for the job a year ago.

He and his wife, Victoria, have worked in Kenya for more than 30 years and founded the Each One Feed One International charity in Tharaka, Kenya.

The charity has worked with a K-8 elementary school, helped hundreds of abandoned, abused and orphaned children, and provided a medical clinic that serves about 15,000 people a year.

In an interview after his nomination, McCarter said he would prepare for a confirmation hearing with the Senate's Foreign Relations Committee, which he hopes to take place within the next two to three weeks.

In May, 2017 Republican members of the Illinois Congressional Delegation recommended McCarter for the Kenya position.

“I’m honoured and humbled to have the unanimous recommendation of our Republican Congressional Delegation to serve the United States of America in this new role," he said in a media release at the time.

"Our country has a long friendship with Kenya that began soon after the country won its independence in late 1963. My family’s personal friendship goes back over 30 years. If President Trump selects me for this role, I would be honoured to serve."

McCarter is a social conservative going by his past work.

In May 2012, McCarter voted against a bill in the state senate that would have encouraged public schools to implement anti-bullying programs.

McCarter voted against the bill because he believed such programs would be used to promote homosexuality.

While answering questions about his vote, McCarter said, "Some of these programs are very good. They indeed encourage kids not to bully. But there are programs throughout the United States, used in some high schools and universities, that really have just a pro-homosexual agenda, and nothing but that."