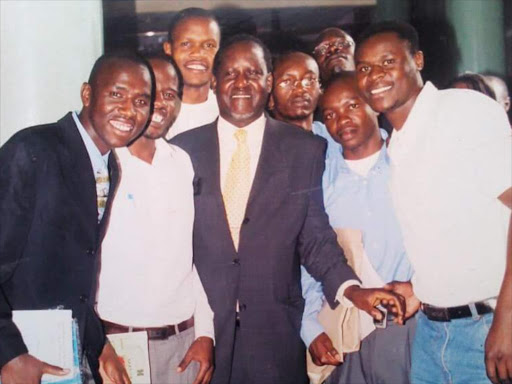 ODM leader Raila Odinga has said he has no personal differences with Rift Valley leaders since he nurtured most of them.

Raila said he would work with leaders from the region for development following his unity pact with President Uhuru Kenyatta.

“Murkomen is my political child. I stayed with him and found out that he is a brilliant political mind and I gave him a job to teach Kenyans about devolution,” he said.

The ODM leader said he advised Murkomen to run for the Elgeyo Marakwet Senate seat through the defunct URP after he expressed interest.

“He [Murkomen] told me he will not win if he vies on an ODM ticket, and I told him to join URP,” he said.

Raila said he agreed with former President Mwai Kibaki to give Kimaiyo an IG of police job during the Grand Coalition government.

Kimaiyo was a competent cop who was forced to resign without genuine reasons, he said.

“Kimaiyo was among the most educated policemen in the country. I felt bad when he was hounded out of office before he attained retirement age,” he said.

Raila said Kimaiyo could have ended perennial banditry attacks in Kerio Valley if he was given time to discharge his duties.

Kimaiyo, who also attended the burial, welcomed the Raila and Uhuru unity pact, saying Kenyans are beginning to reconcile after the divisive 2017 elections.

“I know you [Raila] well and I have been telling people it was wise you dialogued with the President. Many people are relieved,” Kimaiyo said.