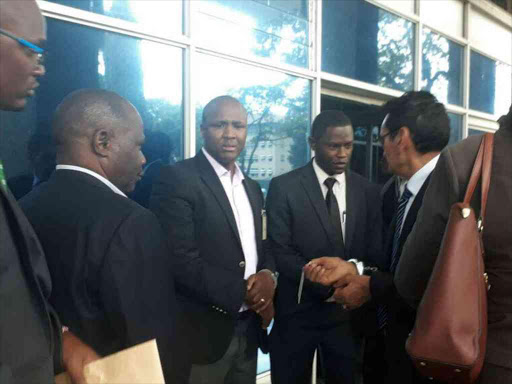 He was apprehended on Friday and was pictured surrounded by plain clothes officers, handcuffed alongside two others - Madat Chatur and Arthur Sakwa.

"The three individuals have been arrested for presenting forged Treasury Bills purportedly issued by the CBK in the 1990s."

The arrests came amid Keter's troubles with Jubilee Party.

In January, President Uhuru Kenyatta summoned him and three other MPs who defied a

directive to resign from the committees they were elected to head.

They defied instructions by Deputy President William Ruto to relinquish the seats they had won, against their party's wishes.