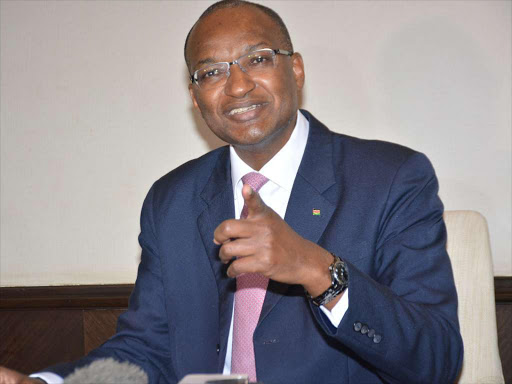 recognised as the Central Banker of the Year, Africa by

The group through its The Banker Magazine said Njoroge

acted swiftly to clean up the country’s banking sector.

According to the magazine, Njoroge has made sure the monetary policy is stable and effective since late 2016.

"The governor’s prudence and long-term vision for

Governor of the Year award for Africa."

have best managed to stimulate growth and stabilise their economy.

services market as large and as complex as Kenya’s, it helps to have a steady

In 2016, Njoroge was awarded for efforts to "curb" and "clean up" Kenya's banking

The Central Bank of Kenya boss was also honoured for pursuing a policy of openness and transparency.

Global Markets 'Central Bank Governor of the Year Award for Sub-saharan Africa' on the margins of the IMF/World Bank meetings in Washington, DC on Saturday.

More on this: C