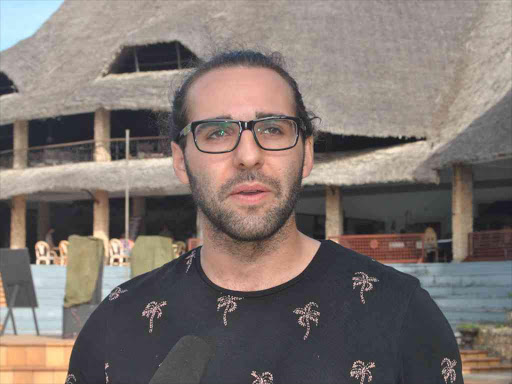 A German Investor who owns the Sh1 billion Temple Point Resort in Watamu has dismissed claims new directors will take over.

Assistant director Ian Langer said said nothing will change and that operations will carry on.

Langer said those talking of a shutdown for new management to take over were misleading clients.

Speaking at the hotel during Christmas celebrations on Monday, he said they will remain open for festivities and asked visitors not to worry.

ongoing cases are not related to the resort but to

It has 100 luxurious rooms and can accommodate at least 200 guests.

There have been prolonged court battles between current and former directors Stephanno Uccelli - an Italian - and Kenyan Isaac Rodrot.

The wrangles have lasted years amid

reports that the two want to take over the resort following a Court of Appeal ruling.

Langer noted the court battles have affected Temple's operations and image but assured clients the dispute had noting to do with their establishment.

said the legal battles were unfortunate as they have lasted long and had negative effects on business and investors.

"We usually record 100 per cent bed occupancy but we are now 70 per cent full," he said but

added operations were smooth and that guests were enjoying themselves.

spoke of giving back to the community, saying 95 per cent of the staff were locals.

"The hotel operates throughout the year and is open for both locals and international guests," he added.

Some of the travellers who were interviewed said Temple was one of the best resorts in Watamu and that they were happy with the services.