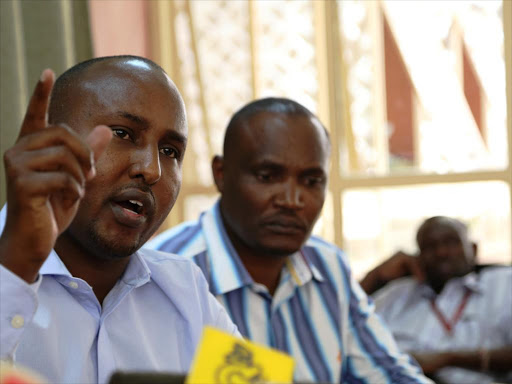 Suna East MP Junet Mohammed will be the Whip while Suba South MP John Mbadi will be Minority Leader in the newly constituted House. /HEZRON NJOROGE

The delay has been attributed to unending wrangles between ODM, Wiper, ANC and Ford Kenya on how to share the slots.

Suba South MP John Mbadi will be the Minority Leader while Suna East MP Junet Mohammed will be the Whip.

Both Mbadi and Junet are from Raila Odinga's ODM.

will be deputised by Kiminini MP Chris Wamalwa of Ford Kenya.

The coalition is yet to agree on parliamentary committee membership including chairing two powerful watchdog committees - Public Investment and Public Accounts.