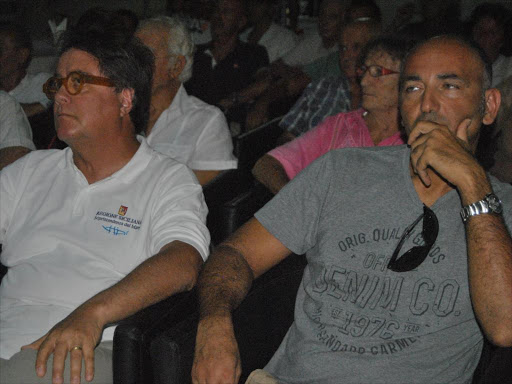 Some of the Italians during the screening of the documentary showcasing the historical ties between Kenya and Italy at the Stardust discotheque Malindi on November 7. /ALPHONCE GARI

Resident Italians have started documenting their historical ties with Kenya which dates back to over a century ago.

To start this, the community has produced a documentary showing how they first settled in the country for missionary work.

Those interviewed – who are now old but were in their youthful age those years - say Italy and Kenya have long historical ties.

It also explains how Italians came to dominate Malindi after the agreement to do space research at the San Marco Project in Ngomeni.

The documentary was showcased on Tuesday evening at Malindi's Stardust International discotheque hall.

Some of those who featured in the documentary and were present included Franco Esposito - formerly a manager at San Marco.

Esposito said Italians started visiting Kenya over a century ago and have had close ties with the country ever since.

In Malindi he said Italians begun coming after the signing of the agreement to do space research between the two governments.

He said about 120 Italian nationals came the country to work at the San Marco Space agency.

"However, they later brought their families friends and the number increased as each of those who visited fell in love with Malindi," he said.

"Since then, Italians begun investing heavily in tourism resorts which attracted more tourists."

During the hey days Malindi was known as little Italy due to the large number of tourists from the foreign country.

It is only recently when the number reduced due to the economic crisis in Italy.

Annemaria Petizozzi from the Italian Cultural Institute said the documentary will be showcased at the Michale Joseph centre Nairobi on November 10 and 11 .

The institute will also unveil a report on a research of underwater archeology conducted in the Indian Ocean waters for the past one year.

Freddie De Curatolo, an Italian based in Malindi, said the history of Kenya and Italy was important.

Currently over 4,000 Italians own property in Malindi.