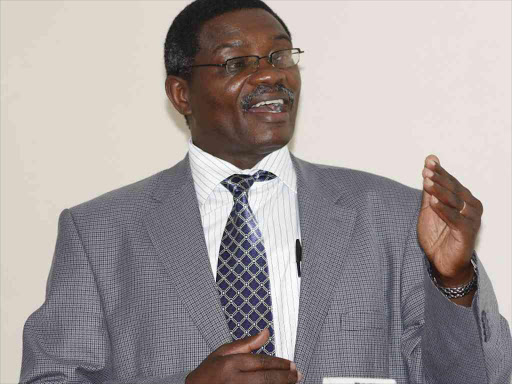 NCCK has proposed an expansion of the executive to allow the president appoint a Prime Minister, two deputies and official leader of the opposition for inclusivity in government.

Canon Peter Karanja said on Tuesday that the premier and the two deputies will sit in the Cabinet and answer questions in Parliament.

Karanja said this should be an expanded executive of the winning party and not a coalition.

The three, according to the clergy, should be sourced from the party which got the second highest votes in an election.

"We call for the restoration of the position of official opposition leader and his deputy in Parliament as it was in the old constitution," he said.

Karanja said the creation of the official opposition will dignify the opposition in its bid to hold the government of the day to account.

He said this will further provide room for more people to be involved in the running of government affairs.

Regarding the just concluded repeat presidential election, Karanja said the aggrieved party should consider moving to the Supreme Court.

He said the church recognises the results have been contested and the legitimacy of the process questioned.

"The election has left the country grossly divided on ethnic and political lines.

The situation is now straining our national unity and has exposed the country to inter-ethnic conflicts further dragging us to anarchy."

He said the electorate should, however, be encouraged to be tolerant and remain calm as politics is not a matter of life and death.

The church leaders said there is need for the country to focus on its diversity and national unity.

"The political stalemate is as a result of unresolved grievances, and perceptions of exclusion and denial of dignity for the opposition, by institutions of

"We join in the calls for dialogue to address the underlying problem that cannot be resolved through elections."

He said the talks should be expanded to a national level so all underlying issues are tackled.

President-elect Uhuru Kenyatta has reached out to Opposition leader Raila Odinga for dialogue, but only after

all avenues are exhausted.

"There is still another process. We shall wait for that process and its outcome and I

will submit to this constitutional path no matter the outcome," he said in his acceptance speech.

He called on other leaders to ensure peace despite deep political divides after the polls, especially with schools heading into an examination period.