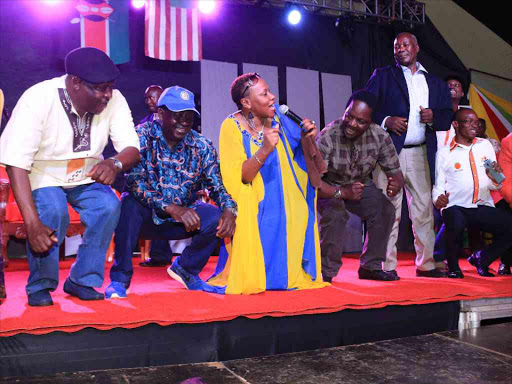 Gesami, who unsuccessfully sought the Nyamira Governor’s seat as an Independent, on Monday told The Star he has decided to support President Uhuru Kenyatta’s re-election.

"After I lost the governor’s race, I took a break from politics to soul search and consult widely. While at it, Uhuru and Deputy President William Ruto

approached me to support them," said Gesami.

"Since I lost the acrimonious ODM nominations, NASA presidential candidate Raila Odinga has not looked for me. I have decided to join Jubilee and support Uhuru’s re-election bid. It is no longer speculation."

The politician lost the nominations to Governor John Nyagarama, who also defeated him when he vied independently.

Gesami will on Tuesday meet his supporters from Bogichora clan to formally inform them of his decision.

"Nyamira and the larger Gusii should stay on course in NASA.

Across the country, every Kenyan is yearning for change and it is regrettable that some leaders can’t withstand challenges," said the ODM treasurer.

"Gesami’s move is driven by personal selfish needs and satisfaction."

The move by the former lawmaker is likely to boost the number of votes Uhuru will get in the county.

in campaigning for Jubilee ahead of the fresh October 26 vote.

Post a comment
WATCH: The latest videos from the Star
by By ANGWENYI GICHANA @agichana
News
02 October 2017 - 15:00
Read The E-Paper