Kenya could be hit by post-election violence, EU warns 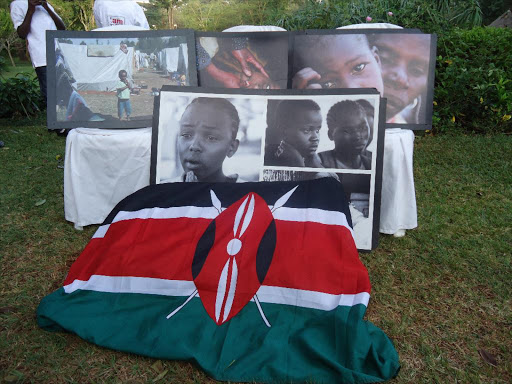 The Kenyan flag laid in honour of post-election violence victims.

Kenya could fall into post-election violence, EU observers have warned just a day after the President assured readiness and committed to peace.

The August 8 election is key for NASA's Raila Odinga who has run for the top seat ad lost three times before.

Raila and Kalonzo Musyoka will take on President Uhuru Kenyatta and DP William Ruto who want a second and final five-year term.

Their team has pledged to ensure malpractices do not take place.

"It is no secret there are concerns about the possible outbreak of violence. This is not inevitable and it is clear that this would create a situation where everyone loses."

Schaake told the press Kenyans are concerned about chaos so the government should ensure a repeat of 2007/8 events is not the case.

"The security and safety of elections depends on respective bodies.

There is a responsibility for everyone to grant each other the right and safety to vote according to his or her conscience."

Schaake said they have been

meeting players from the government and Opposition in line with set standards and procedures of observation.

“They have said they are ready but we are still in the process of looking at the procedures they have followed and what they have done as they prepare for elections,” she said.

the European Union Election Observations Mission has deployed a

team of 30 long-term observers since April and was keen on the primaries.

She said another 32 short term observers are also in the country. They were drawn from Switzerland, Norway and other EU member states and are in the company of diplomatic troops who will witness th poll.

The team will make public all its observations and recommendations after the elections.

threats and intimidation in Naivasha ahead of the elections.

With 35 days remaining to the August 8 polls, the lobby said many in Naivasha, which is in Nakuru county, have reported threats but police have not investigated.

"Police should be investigating allegations of inter-ethnic threats and police accountability mechanisms,"

said in a statement on Monday.