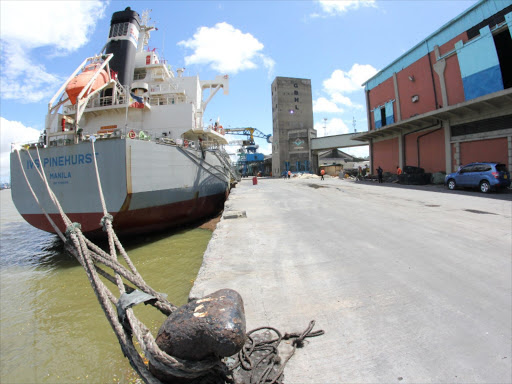 Vessel at the Port of Mombasa last Friday with 29,900 tonnes of Maize from Mexico /ELKANA JACOB

The government will allow the importation of six million bags of duty-free maize up to September.

“This will be enough to resolve the maize crisis in the country. By October, some regions in the country will be harvesting maize - South Rift, Nyanza and Western,” he said yesterday.

The government suspended the 50 per cent duty charged on imported maize mid last month to address the shortage and effectively lower prices of unga and maize.

Lesiyampe also moved to address the controversy regarding the maize imported from Mexico last week, saying it was ordered by private millers, not the government.

Kenyans had questioned how quickly the government had imported maize from Mexico merely three days after passing a supplementary budget that provided funds for it.

A ship from Mexico would take about 30 days to reach Mombasa, seafarers said.

“Our monthly sifted maizemeal consumption is about 1.5 million bags,” he said.

Government spokesman Eric Kiraithe said the price of 2kg of maize flour would come down to Sh110 next month. “The imports are intended to increase maize stocks and lower the price of unga,” he said.