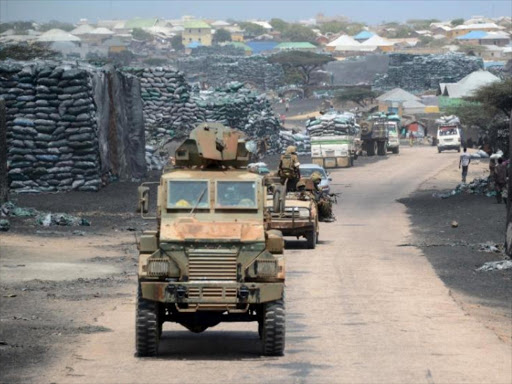 At least six al Shabaab recruits from Lamu have been murdered in Somalia in the last two months on suspicion that they were government spies.

Linda Boni operations director, said on Sunday that this number were killed between March and April alone.

“You can imagine how many face the same fate in a year," he said, adding the fate of many others was unknown.

reason, the militia seem not to trust recruits from Lamu. That’s why we are warning youths here against joining al Shabaab."

Seriani said the operation to flush out the terrorists has been successful and that peace and calm have been restored in the county.

“For instance, we have been able to seal routes the militants were using to cross into and hide in Lamu, especially in Boni forest. We have eliminated all terror elements. We can confidently say things are fine

Al Shabaab fighters have vowed to continue attacking Kenya in response to the war on them by AMISOM. The peacekeeping force includes troops from Kenya Defence Forces and other countries.

The other countries are Burundi, Djibouti, Ethiopia and Uganda.

The sporadic attacks have been carried out in areas including Nairobi and Mombasa.

The director urged residents to continue cooperating with

security agencies. He noted al Shabaab returnees have crept back into the county to voluntarily avail themselves for rehabilitation but added that those who do not do so will be treated like suspects and arrested.