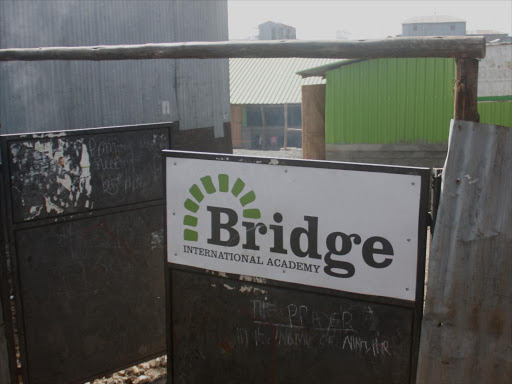 A High Court has upheld a decision to close all Bridge International Academies in Busia for failing to meet education standards.

Justice Korir on Friday dismissed a complaint from the school after it sought to contest the decision by the Busia County education board.

Korir directed the board to effect its decision in April, which comes shortly after Uganda directed that all Bridge schools be closed.

This is to allow the county to secure slots for the affected children at a public school of their choice at the end of the current term.

The judge said the order follows an inspection report which recommended the closure of ten out of the 12 schools in the county.

"The county has 45 days from the date of the judgment to show evidence that another school has been found for the children," he said.

The county education board, in November 2014, had decided

to close Bridge schools in Busia for non-compliance.

In their recommendations, the board said the schools had failed to employ trained and registered teachers.

They were also put on the spot for lacking managers, appropriate facilities, as well as an environmental impact assessment.

Following the board's decision, Bridge International Academies, filed a suit against the team in March 2016.

The school argued that the education board did not follow the adequate process in reaching its closure decision.

In response to the Friday ruling, Bridge said they will appeal the decision to close the 10 schools.

Bridge PR manager Jackline Walumbe said they are pleased that the High court allowed two of their schools to operate.

"However, we are disappointed that the court upheld the decision to close 10 academies. We will be appealing this decision," she said.

She said that the school is confident it will work with the local authorities to resolve any issues within the 45 days granted by the court.

"The 10 academies under discussion continue to provide great education to over 2,400 children and we are committed to remaining open to help these children fulfill their potential," Walumbe said.