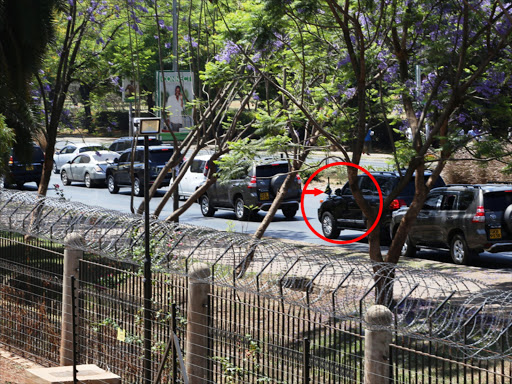 Tanzanian President John Magufuli was stuck in traffic on Monday as roads had reportedly not been cleared for his arrival.

Witnesses told the Star that he was held up in the snarl-up on Uhuru Highway, on his maiden visit to Kenya

following his election in October

He was caught in the traffic on his way from the mausoleum to State House.

Among activities slated for Magufuli's two-day visit are talks with President Uhuru Kenyatta and a joint news conference at State House.