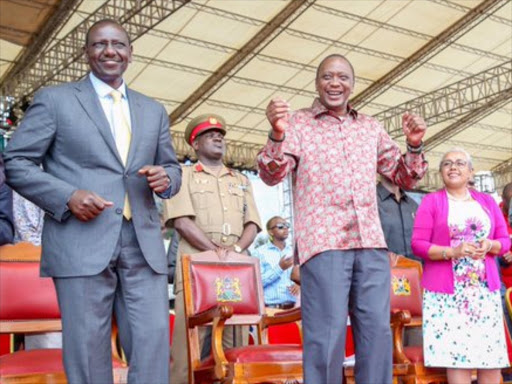 The International Criminal Court has started investigations into an additional seven Kenyans including a Cabinet Secretary for alleged witness interference in the collapsed cases against President Uhuru Kenyatta and Deputy President William Ruto.

The ICC already wants the government to extradite three Kenyans accused of witness tampering in the Ruto case.

The ICC issued arrest warrants against former journalist Walter Barasa in 2013 and against lawyer Paul Gicheru and Philip Bett in October 2015. However Uhuru said last month that no Kenyan would ever again go to the Hague.

On April 5 ICC judges led by Chile Eboe-Osuji ruled that William Ruto and Joshua Sang had no case to answer over their involvement in the 2008 post-election violence. However the judges complained about 'troubling' incidences of witness tampering.

ICC investigators have visited Kenya several times since June last year and have conducted interviews with various informants who they believe can help them build up a case of witness interference.

Apart from the CS, ICC is also looking for evidence against two lawyers and two aides to Uhuru and Ruto, according to a senior Kenyan public servant and an ICC official. However the Kenya government has not yet been officially notified by the ICC.

The CS was very vocal on the ICC over the last six years and reportedly worked with a network to trace and influence witnesses who later recanted their statements.

The CS reportedly spent millions of shillings over five years in the manhunt for the witnesses whose identities were supposedly protected. In some cases he allegedly bought land for the witnesses.

One aide being probed has been in State House for five years while the aide to the Deputy President has been close to him for many years.

Both are being investigated for exposing the identity of witnesses and pressurising their families to have their statements withdrawn.

The two lawyers reportedly worked with people close to the President. According to the ICC, they are not well known and were interns at law firms when they were recruited. They later joined a human rights activist who had access to the entire database.