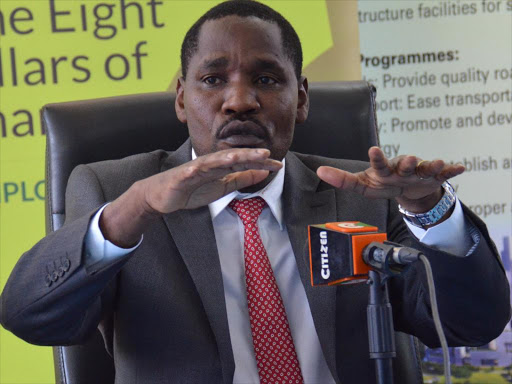 Meru governor Peter Munya has told off politicians in the county against inciting members of the public to oppose development bills from the county executive.

He said those spreading lies that the Meru Finance Bill 2016/17 will stage collection of taxes from private land owners must stop.

The governor spoke when he presided over a ceremony to commission 52 county law enforcement officers on Friday.

The proposed finance bill, he said, is currently being discussed by the residents before it is amended, passed or rejected by the county assembly.

Munya disputed the claims by the politicians saying no private land will be taxed.

He said only those who have leased land owned by the county government for crops such as tea, coffee and miraa will part with Sh10,000 per year.

“Counties cannot realise any development if the Finance Bill is not passed. Those spreading rumours that the county government will be collecting revenue from private land have lost focus and they do not want it to be passed. Tell them to stop this because they will not go anywhere,” said Munya.

On Friday, a public participation activity over the finance bill held in Igembe South and Igembe North failed to generate consensus after rowdy members of the public stormed out.

The group disputed the bill terming it as an oppressive way to impose excess revenue on the miraa traders.

County assembly officials present in the meeting fled in fear of being attacked after the mob started chanting anti-Munya slogans.

The participants said they are not ready to pay the proposed revenue.

The law enforcement officers commissioned were picked from the National Youth Service.