Foreign fighters abandoning Al-shabab to join IS - US security experts 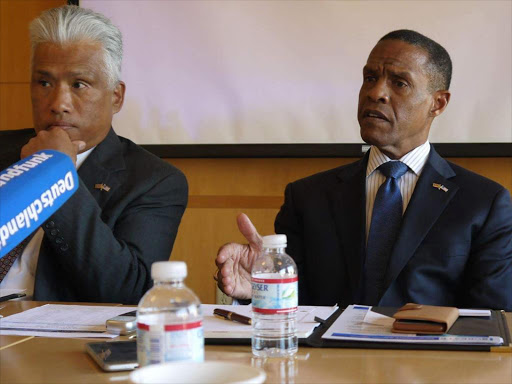 The number of foreign fighters joining the Al-shabaab group has declined drastically following the reemergence of Islamic State (IS) group according to US security experts.

Dr Error Southers on Wednesday said more European fighters have opted to join the IS because of their elaborate propaganda strategies through social media message .

Addressing foreign journalists in University of Southern California, Southers said al-shabab has suffered a major blow in funding and it’s currently facing a division because of the IS group.

“We are not finding foreigners leaving here to fight for al-shabaab as it has almost stopped, one of the al-shabaab faction has sworn allegiance to IS, I think we expect to see more internal fighting in the group.” said Southers.

“The al-shabaab has executed former colleagues on suspicion that they are IS supporters.”he added.

He said the IS has been able to effectively lure foreigners to join the group to join jihad course against the west to further their ideologies.

Southers said Federal Bureau of Investigation FBI pulls down over 93,000 hate messages on IS website daily.

Boinnet disclosed that among those who have joined the pro-IS faction of al-Shabaab is Mohamed Kuno, alias Gamadhere, who is wanted for the Garrisa University attack in which 148 people were killed,

According to FBI data there are active ISIS investigation in all 50 state ,with 24 state have had had at least one charge within their borders .

The reports indicates that at least 85 individuals have been charged in US with IS related offences since the first arrests in March 2014.