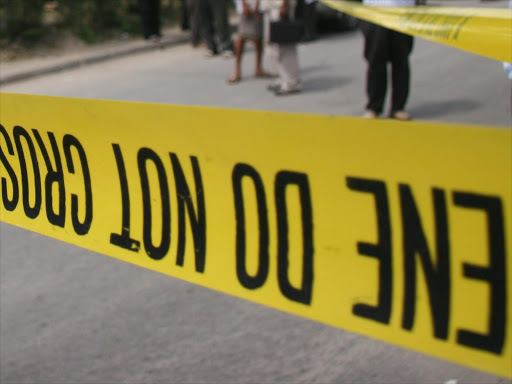 A man allegedly killed his girlfriend by stabbing her in the chest in a domestic brawl at Mukuru kwa Reuben slum, Nairobi. Photo/FILE

Police said the man picked a quarrel with the woman before attacking her on Wednesday night.

An investigation was launched, they said, adding the body was taken to City Mortuary.

In an incident in February, a

jilted mason went into hiding after and setting her body ablaze in Kibera slum.

Nicholas Omollo, 39, is said to have taken off after beating and setting his girlfriend Roselyne Amayo, 35, on fire at their Laini Saba house.

Omollo, said to be a married father of three, allegedly killed Amayo after accusing her of having a clandestine relationship with her former husband.

man was arrested for allegedly killing his cousin after accusing him of in Suna West.

Charles Odhiambo, 25, attacked 17-year-old Gibson Okombo at his home in Got Kweru following a quarrel over the claims.