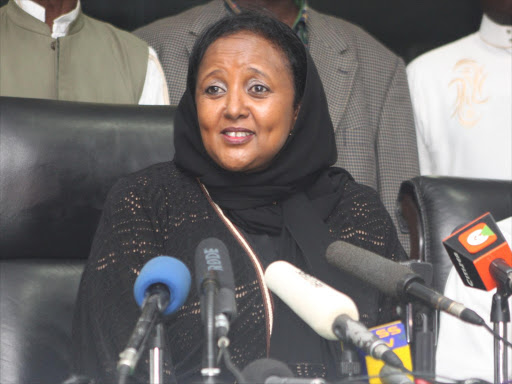 Kenya on Tuesday defended its deportation of two groups of Taiwanese to China after they were acquitted in a cyber crime case, a move that has drawn an angry reaction from Taipei.

The Kenyan government said the people were in Kenya illegally and were being sent back to where they had come from.

Kenya does not have official relations with Taiwan and considers the island part of China, in line with Beijing's position.

Taiwan's Foreign ministry said one of the Taiwanese sent to China was also a US national. The US State Department said it was aware of that report but was not able to discuss it at the moment "due to privacy considerations."

Privacy issues limit what the department can disclose about US citizens abroad.

State Department spokesman Mark Toner told a news briefing the United States was seeking more details about the Kenyan and why it was handled the way it was.

The Taiwanese government was incensed that , including tear gas, to get deportees out of a police station and into a plane on Tuesday. It has accused China of eight of its nationals.

"They came from China and we took them to China. Usually when you go to another country illegally, you are taken back to your last port of departure," said Kenyan Interior ministry spokesman Mwenda Njoka.

He could not say which city in China they were being returned to, but Kenya Airways and China Southern both fly to Guangzhou.

Kenyan Foreign Affairs CS Amina Mohamed said Taipei had not contacted Nairobi about the matter. The protests came via a media briefing in Taiwan.

"We don't have official relations with Taiwan. We believe in the 'One China' policy. We have diplomatic relations with China. We haven't seen the official protest, we are actually hearing it from the media," Mohamed told Reuters.

A group of eight left on Friday and a second group of 37 Taiwanese nationals were in the process of leaving on Tuesday, Taiwan's Foreign ministry said.

In China's first public explanation of what has happened, the director of its Taiwan Affairs Office, Zhang Zhijun, spoke with his Taiwan counterpart, Andrew Hsia, head of Taiwan's Mainland Affairs Council, about the case.

State news agency Xinhua said Zhang explained that the Kenya deportees included fraudsters from Taiwan who had caused losses for people in China and that they "must be bought to justice". He gave no details.

Taiwan's Hsia lodged a protest at China's behavior, the Mainland Affairs Council said in a statement about the call.

China views Taiwan as a wayward province. Defeated Nationalist forces fled to the island in 1949 after a civil war with the Communists who have remained in control in Beijing since then.

Kenya's attorney-general said in January it was considering a request from Beijing to extradite 76 Chinese charged with cyber crime. But Taiwan said some of these people were from Taiwan.