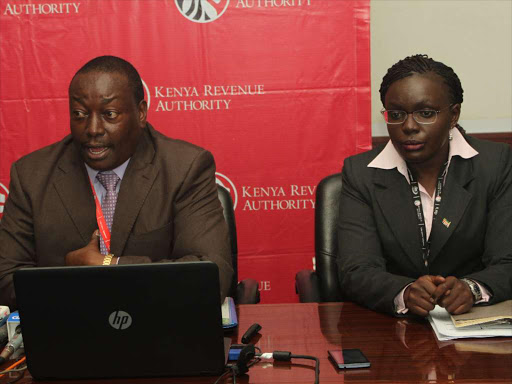 KRA has launched investigations into the role played by its officials in tax evasion-related charges.

In a statement on Thursday, the Authority's spokesperson Grace Wandera said the investigation is in advanced stages and anyone found guilty will be prosecuted.

"KRA is committed to ensuring that any member of staff involved in facilitating tax evasion is brought to book," she stated.

Wandera said this after an Equity Bank staff member was arraigned in a Nairobi court to face tax evasion-related charges.

The banker, who was presented before Milimani Chief Magistrate, Charles Ogembo faced eight tax evasion related counts including conspiracy to evade payment of duty and interfering with information stored in customs computerized systems as KRA, steps up efforts to seal revenue leakage loopholes.

A warrant of arrest has also been issued for the Equity Bank, Namanga Branch, Operations Manager, Benson Rwara Kabuu who failed to appear in court.

The two bankers, are suspected to be members of an elaborate tax evasion ring that has been fraudulently interfering with the KRA Simba System.

Arising from the scam, the two bankers faced charges implicating them in the potential loss of Kshs 124 million.

Also to be prosecuted are the clearing and forwarding agents, importers and the KRA staff suspected to have colluded with the bank’s staff in perpetrating the vice.

Recently, a National Bank of Kenya staff, Kennedy Otieno Juma was charged before court with the offence of interfering with information stored in the customs computerized system. The matter will come for hearing on 7th April at the Milimani law courts.