Sunday rally was second for Azimio in Narok county. 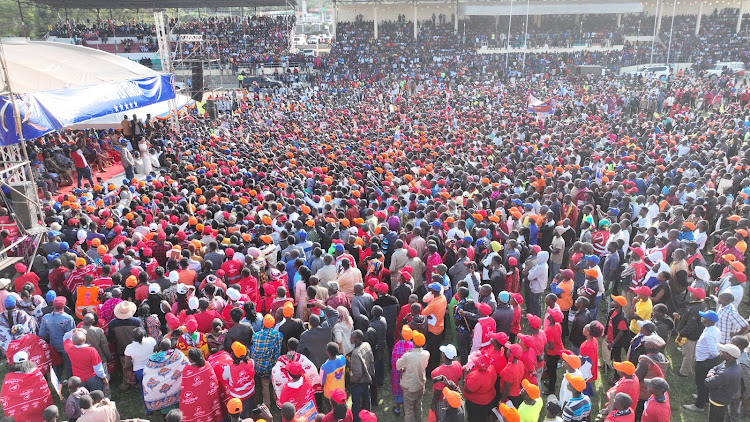 Narok Azimio supporters turn out to support the Coalition on Sunday, May 22, 2022.
Image: Raila Odinga/Twitter

Sunday was Raila's second day in Narok County where he pitched tents to hunt for votes.

A mega final rally was held in Ole Ntimama stadium where a mammoth crowd turned up to welcome them. 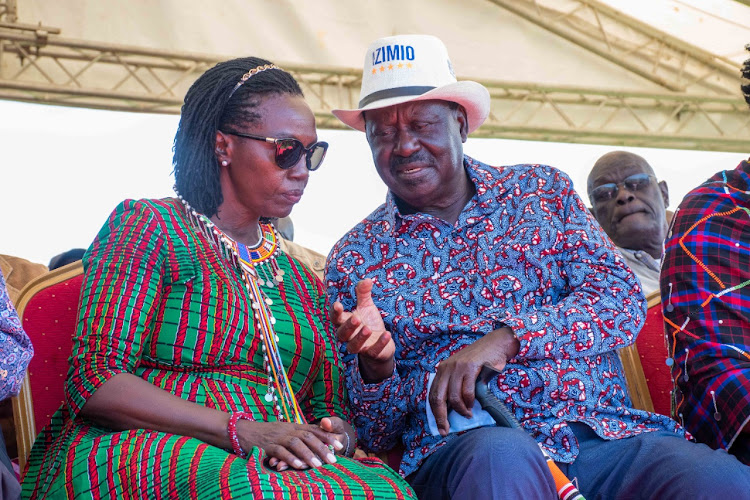 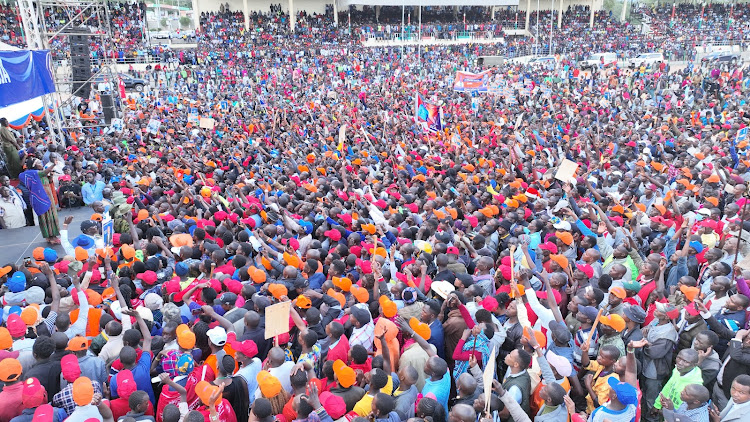 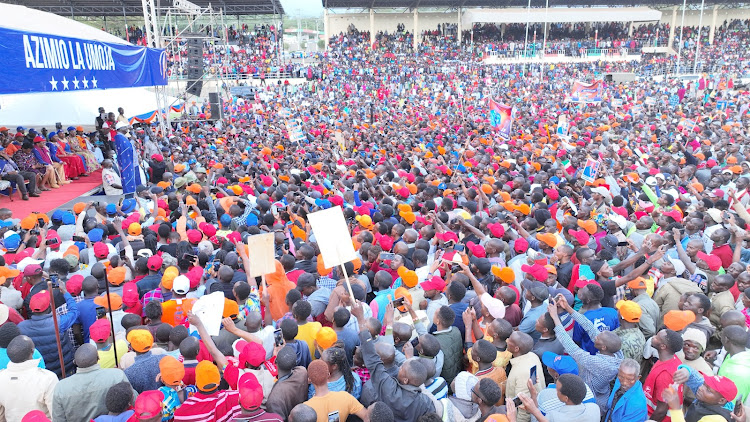 Narok Azimio supporters turn out to support the Coalition on Sunday, May 22, 2022.
Image: Raila Odinga/Twitter

Raila urged women to turn out and vote for him and his running mate Martha Karua.
InPictures
1 month ago
WATCH: The latest videos from the Star
by SHARON MWENDE
InPictures
22 May 2022 - 19:37