Kenya tops in health workforce numbers, but still fails – WHO

Kenya has a shortage of 3,238 medical officers, with the required number being at least 5,317

•Using this index, Kenya’s ratio is only 13.8 per 10,000 population, according to the Human Resources for Health policy brief by the Ministry of Health.

•Lab technicians and technologists deficit stands at 13,309, community health workers at 19,294 and at least 72,000 other health cadres. 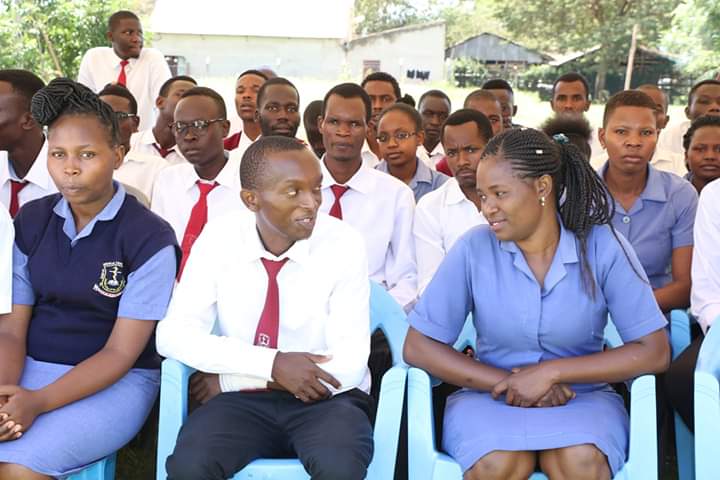 Kenya is among the top six countries in Africa with the highest concentration of health workers, a new World Health Organization analysis shows.

Nigeria tops followed by South Africa, Algeria, Ethiopia, Democratic Republic of the Congo and Kenya in that order.

However, Kenya still does not meet the WHO health worker-to-population ratio.

The country has in the last 10 years established medical training colleges in 44 of the 47 counties.

The study, titled “The health workforce status in the WHO African Region: findings of a cross-sectional study”, was published this week in the British Medical Journal Global Health.

The study surveying 47 African countries finds that Africa has a ratio of 1.55 health workers (physicians, nurses and midwives) per 1000 people.

This is below the WHO threshold density of 4.45 health workers per 1000 people needed to deliver essential health services and achieve universal health coverage.

Using this index, Kenya’s ratio is only 13.8 per 10,000 population, according to the human resources for health policy brief by the Ministry of Health.

The ministry says Kenya has a shortage gap of 3,238 medical officers, with the required number being at least 5,317.

Other areas with human resources gaps include the cadres of nursing staff that stand at 38,548.

Lab technicians and technologists deficit stand at 13,309, community health workers at 19,294 and at least 72,000 for other health cadres.

There were approximately 3.6 million health workers in the 47 countries surveyed by WHO as of 2018.

Thirty-seven per cent of them are nurses and midwives, nine per cent are medical doctors, 10 per cent laboratory personnel.

Community health workers(14 per cent) and 12 per cent are administrative and support staff.

“Disaggregation by country showed that of the 3.6 million health workers in Africa, Nigeria had 26 per cent at 0.94 million, South Africa had 13 per cent at 0.45 million," reportshows.

"Algeria had nine per cent at 0.32 million. Ethiopia, Democratic Republic of the Congo and Kenya had seven, six and five per cent at 0.25 million, 0.22 million and 0.16 million respectively."

It is projected that the shortage of health workers in Africa will reach 6.1 million by 2030, a 45 per cent increase from 2013, the last time projections were estimated.

“The severe shortage of health workers in Africa has daunting implications. Without an adequate and well-trained workforce,"Dr Matshidiso Moeti, WHO Regional Director for Africa said.

Globally, the Western Pacific region—which includes Australia, China, Japan and Malaysia—had the highest number of doctors at 4.1 million, and 7.6 million nurses in 2020.

A report on human resources for health by the WHO director-general to the 2022 World Health Assembly showed.

To reinforce Africa’s health system, it is critical to address the persistent shortages and poor distribution of the health workforce.

Countries need to significantly increase investments in building the health workforce to meet their current and future needs.

Strong measures are also needed to boost the training and recruitment of health workers and improve their deployment as well as retention.

Several African countries have made progress to plug the deficit.

However, the WHO study acknowledges that resolving the health workforce shortages remains difficult due to the complexity and the scope of the issue.

Report says half of hospitals that accept medical interns are poorly equipped.
News
8 months ago

Unlike in health sector, TSC has been allocated Sh2.5b for recruitment of teachers
News
9 months ago

The move aims to bridge doctor, nurse and midwife ratio as recommended by WHO.
News
10 months ago

Kenya has only 500 gynaecologists and obstetricians - society