Africa not yet ready to deal with coronavirus, says WHO

Outbreak has killed more than 2,600 people, the vast majority in China was it was first reprted. It has since spread to at least 30 countries 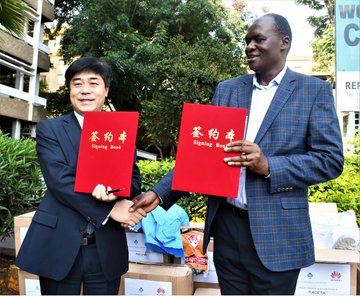 African countries must urgently strengthen their capacities to deal with coronavirus amid growing concern about the disease spreading to the continent.

The World Health Organisation on Monday expressed concern after another case of coronavirus was reported in Ghana.

Who said several other cases have been confirmed among people with no travel history to China or contact with a confirmed case.

Coronavirus has already killed more than 2,600 people globally with the vast majority in China where the outbreak started last month.

WHO has expressed concern on the level of preparedness by African countries to tackle the virus, noting that a recent study showed only 66 per cent readiness.

“WHO finds there are critical gaps in readiness for countries across the continent,” regional director Matshidiso Moeti said in a statement.

“We need urgently to prioritise strengthening the capacities for countries to investigate alerts, treat patients in isolation facilities and improve infection, prevention and control in health facilities and in communities,” Moeti said.

Speaking to the Star on Monday, acting director-general at the Health Ministry Patrick Amoth said he was confident in the level of preparedness at the national level.

He said thought the average readiness for African countries stands at 66 per cent, Kenya’s preparedness was much higher.

“We are one country that has the capacity to test locally both at the National Influenza Centre and at the Kenya Medical Research Institute laboratory so we can be able to give you results if we test for COVID-19 in 8 hours or less. In the East Africa region it is us and Uganda who can be able to do that,” Amoth said.

Reported cases stand at over 79,000, with Italy and Iran struggling to contain the outbreak while South Korea has issued a red alert.

The fatalities currently stand at 2,620. The outbreak has since been reported in at least 30 countries.

Cases have now been recorded across Asia, North America, Europe, the Middle East, Africa and Australia. 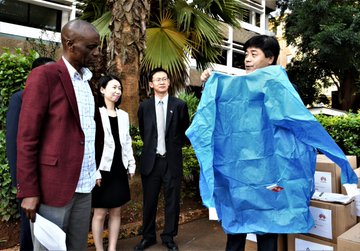 “Today we have had a meeting with the Embassy of South Korea and we are also looping them in because of what has happened there in the last one week,” Amoth said.

The government has been carrying out mandatory screening at all our ports of entry, contact tracing, and has put in place a multi-agency team working together with the immigration department to help in surveillance.

The National Treasury is expected to release funds to strengthen preparedness and surveillance by the end of this week.

The WHO has shipped in more than 30,000 sets of personal protective equipment to several countries in Africa.

The agency plans to ship additional 60,000 more sets to 19 countries in the coming weeks.

“We have got additional personal protective equipment to be able to address the needs of any client or any patient and be able to protect the healthcare workers and other support workers like immigration officers,” Amoth said.

He added, “We have the hand sanitizers available for everybody including the National Youth Service who are helping us with the queue management at the airport.” 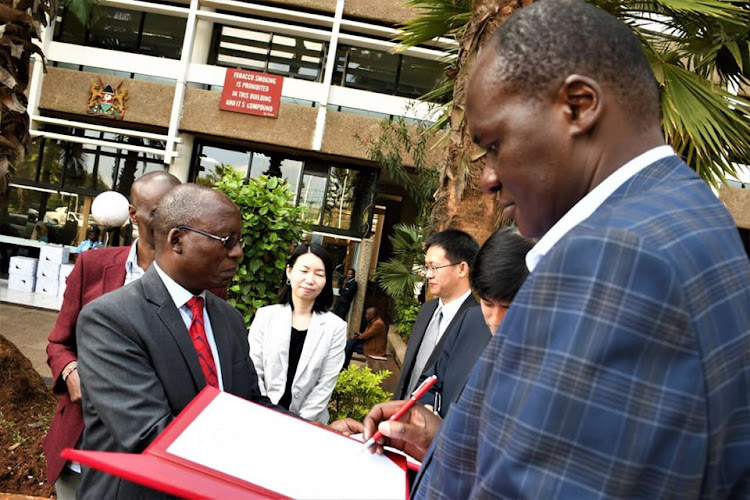 Currently, 26 laboratories in Africa are able to test for the new pathogen, up from just two early this month.

“The threat posed by COVID-19 has cast a spotlight on the shortcomings in health systems in the African region,” Moeti said.

Moeti has called on countries to invest in emergency preparedness.

WHO said countries in Africa have so far reported 210 cases since January 22 out of which 204 have been ruled out and six still pending as of February 20, 2020.

The agency joined African health ministers in an emergency meeting on the Coronavirus outbreak, which was convened on February 22 by the African Union Commission in Addis Ababa, Ethiopia.