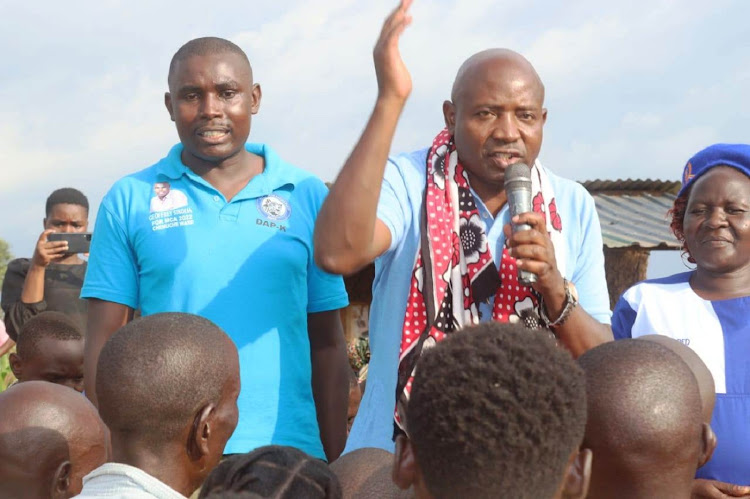 Addressing a campaign rally at Emakunda B in Matungu on Wednesday, Savula condemned the Tuesday incident where youths threw stones at Khalwale, terming it unacceptable.

“We want a peaceful election and no one should use our youths to engage in violence,” he said.

Khalwale's convoy was stoned by angry youths as he left a rally he addressed with Kakamega governor aspirant Cleophas Malala.

The youths were enraged by Khalwale's remarks that voters should gauge between him, Malala and Fernadez Barasa and pick their leaders because they were all sons of Kakamega.

“It’s his problem if he is eating from both sides,” Malala said.

Savula said their administration will complete all projects initiated by Governor Wycliffe Oparanya if elected.

He said that they will complete the Malava milk processing plant and upgrade Bukhungu stadium to international standards.

The Lugari MP said that they will allocate Sh20 million to ward development fund for all the 60 wards to ensure equitable development across the county.

In another rally at Mukhonje centre, Savula promised that their administration will ensure access to health services through the issuance of NHIF cards to disadvantaged families.

He said that they will also enhance the provision of education to disadvantaged families through an increased county bursary kitty.

The Azimio One Kenya Coalition and Kenya Kwanza Alliance are engaged in a tough political battle to control Kakamega.

Kakamega is the epicenter of Luhya politics and those seeking the presidency are keen to wield control of the county. 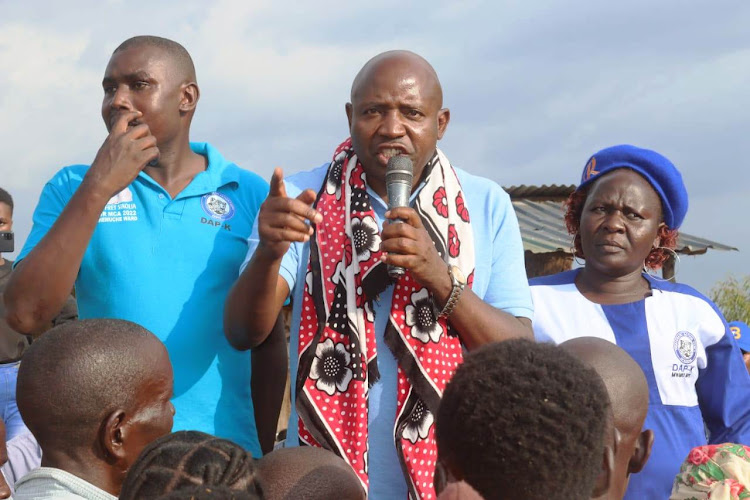 I am ready for my opponents, says Senator Malala

Says his rivals should look for votes and stop wasting time plotting on how to remove him from the race.
Counties
3 weeks ago