He says one of his achievements is the construction of level 6 hospital. 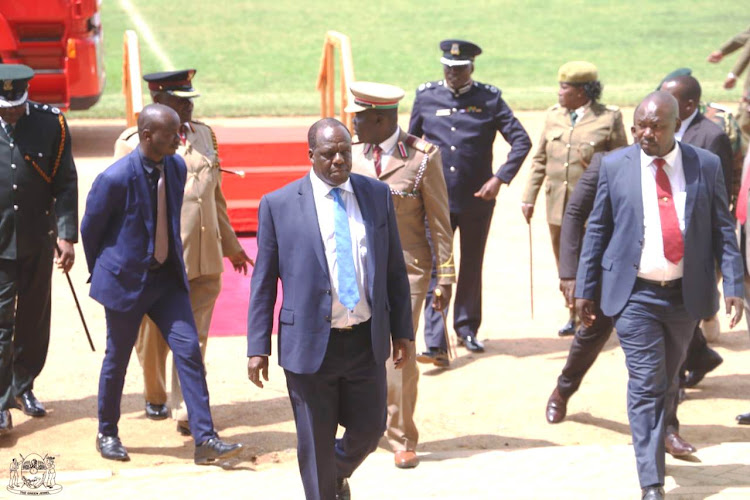 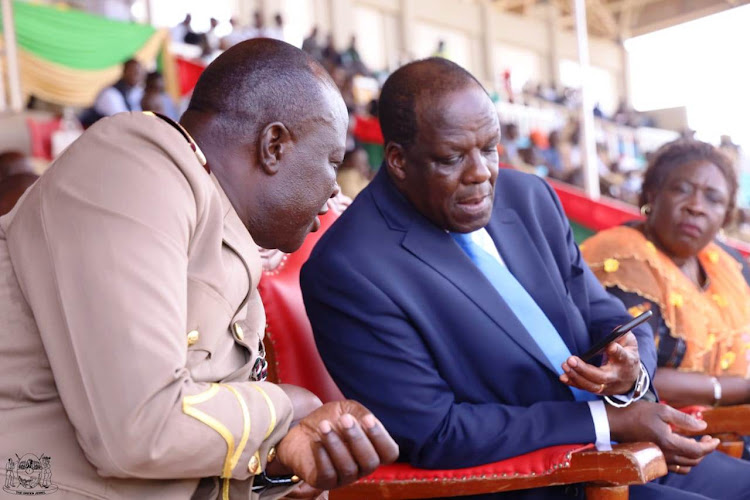 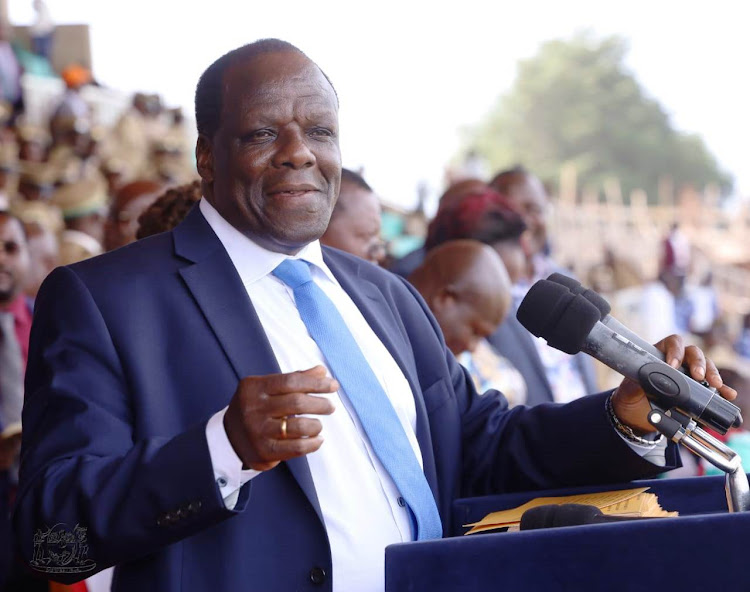 Kakamega Governor Wycliffe Oparanya has outlined his achievements as he prepares to leave office this year.

In his speech to mark Madaraka Day celebrations, Oparanya said he will be leaving office a proud man after setting up the county government as the first governor.

He said his administration conceptualised and initiated the construction of the Sh6.2 billion level 6 Kakamega County General Teaching and Referral Hospital whose first phase is 93 per cent done.

The county is in the process of handing over the project to the national government for completion so that it can start operations.

He said the county also constructed and equipped level 4 hospital in Mumias West and initiated construction of other hospitals at Shamakhubu in Shinyalu and Butere.

His administration also installed 13 (50 kilovolts) standby generators in all level 4 hospitals on the county to reduce disruption of services.

Of the total budget expenditure for the entire period, 38.1 per cent was spent on development projects and programmes, 37.4 per cent on personnel emoluments while 24.5 per cent was allocated on the operations and maintenance of assets.

The county also initiated a milk processing plant in Malava and a tea factory in Shinyalu. Construction of the two is still ongoing.

He said the county constructed 35 bridges and 35 box culverts to improve connectivity across the county.

His administration also grew its own revenue from Sh329 million in 2013-14 to Sh1.118 billion in 2020-21, attributed to establishment of the Kakamega Revenue Agency and introduction of cashless revenue collection system that sealed revenue leakages.

Oparanya’s tenure is credited with the ongoing upgrade of Bukhungu Stadium to international standards.

The second and third phases are ongoing. Oparanya said his administration also increased access to drinking water from 36 per cent in 2013 to 61 per cent in 2022.

Oparanya said his administration faced a myriad of challenges, ranging from resource gaps, political interference, the Covid-19 pandemic and perennial delay in the release of funds through the exchequer by the National Treasury.

He said the county established and made operational 63 county polytechnics, where student enrolment increased from 3,555 trainees in 2013-14 to the current 10,539 trainees.

The governor said his government also established and made operational 916 ECDE centres that increased enrolment from 76,469 children in 2013-14 to the current 124,500 learners and recruited 331 polytechnic instructors and 2,016 ECDE teachers.

Say many who want to seek justice are curtailed by the huge legal fees.
News
4 months ago

Most parents in Ekambuli village are poor and cannot afford sanitary towels for their girls
Counties
4 months ago
Post a comment
WATCH: The latest videos from the Star
by HILTON OTENYO Correspondent, Western Region
Elections 2022
03 June 2022 - 23:00
Read The E-Paper