More than 400 of them have already been trained by different human rights organisations.

•Defenders Coalition said the rate of violations goes up during the election period.

•Kamau Ngugi, the Coalition director general said the political landscape has been marred by violence targeting ethnic and political groups. 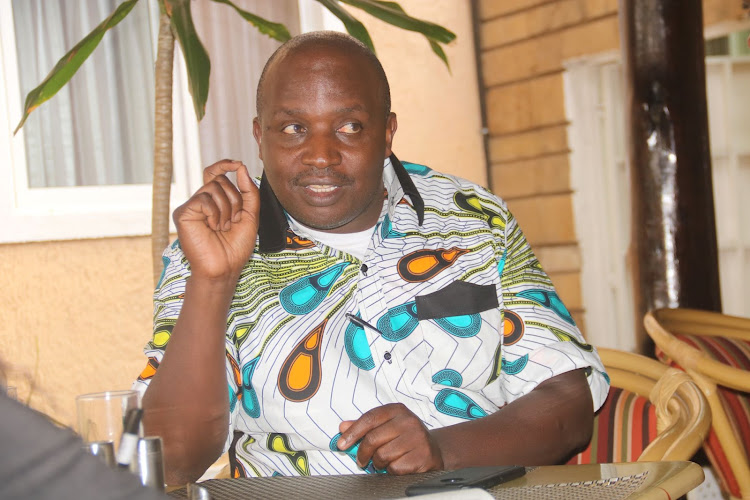 Defenders Coalition, an organization that protects and promotes the safety and security of human rights defenders, said the rate of violations goes up during the election period.

Kamau Ngugi, the Coalition director general said the political landscape has been marred by violence targeting ethnic and political groups that are or are perceived to have different political opinions.

“Key perpetrators have consistently been keen to protect the government in power-seeking, in its bid for re-election or support its preferred candidates,” Ngugi said.

“This will unleash violence on the opposing groups, and at the community, criminal gangs attack individuals perceived to not support the preferred candidates.”

Ngugi said the Coalition has mobilised over 120 community-based HRDs for skills enhancement programmes on how to safely monitor the elections environment to safeguard people's right to vote.

“The HRDs will help advance their aspirations and actively participate in documenting malpractices that might undermine democratic processes,” he said.

The trained HRDs will monitor violations by state and non-state actors during the election process before, during and after elections and assess the protection of the electoral process.

“Participants are being equipped with critical skills to document early warning signs on negative mobilisation tactics, acts of violence, hate messages and other manipulation tactics that politicians deploy in an election period,” Ngugi said.

“The justice watchers will be deployed into seminar rooms, public meetings, social media and public spaces to document and assess individuals in leadership, to publicly shame and hold to account individuals that subvert the law.”

The monitors will collect information on infringement of human rights which will be fed to the elections management system.

KNCHR’s monitoring interventions will look at all the preparatory and pre-election preparedness, during the polling dates and the post-poll period, in line with the IEBC elections operations plan and other principles outlined in the law.

“Key to this will be publishing and dissemination of recommendations and follow up with the responsible duty bearers and stakeholders,” Odede said.

The chairperson said KNCHR will be concerned majorly with the protection of the rights of vulnerable groups.

Together with the National Gender and Equality Commission, KNCHR will monitor cases of irregularities and failure to observe electoral laws and the use of sexual and gender-based violence as a possible tool for political agitation and violence.

“We have partnered with the government, friends, and the security agencies to ensure a smooth process of election monitoring and to come up with viable recommendations to the government thereafter,” she said.

The human rights campaigners and youths were campaigning against unemployment,.
News
11 months ago

Rights defenders have advocated rights to health services and accountability for Covid spending.
Siasa
1 year ago

Youths told to shun incitement to violence ahead of polls

The youths were urged to desist from all forms of violence and promote peace.
Counties
1 month ago

MKU vice chancellor Prof Deogratius Jaganyi on his part said  the16th SDG champions a society that is free of violence of all kinds
News
1 month ago
“WATCH: The latest videos from the Star”
by Akello Odenyo Court Reporter
Elections 2022
29 May 2022 - 23:00