Coalition took the step after Waluke ditched UDA for Jubilee to defend his seat in the August polls. 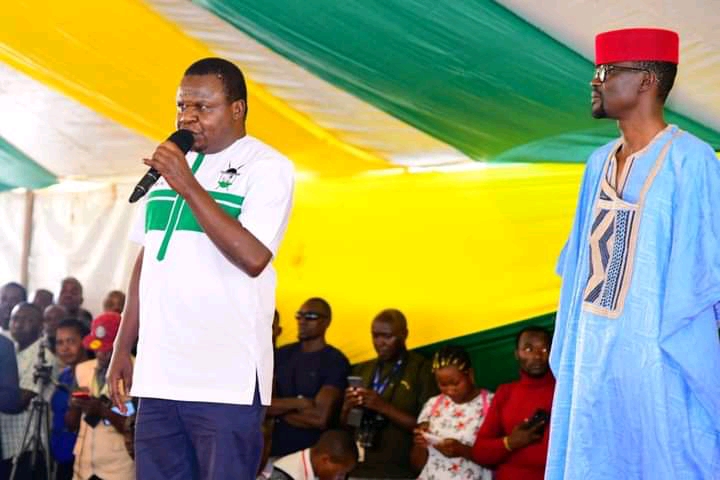 The coalition took the step after Waluke ditched UDA for Jubilee to defend his seat in the August polls.

Waluke said he was requested by President Uhuru Kenyatta to go back to his party but political analysts say he made the decision so that he would be cleared by IEBC because of his maize scandal case.

Before ditching the Kenya Kwanza coalition he was the UDA chairman in Bungoma and Ruto's point man.

Speaking at Amutala stadium in Kimilili during a public economic forum on Saturday, Kimilili MP Didmus Barasa said they took the decision after Waluke moved to the Azimio to back Raila's presidential bid.

Barasa urged Sirisia residents to support Nasiuma's bid to succeed Waluke, arguing that the MP ditched Kenya Kwanza after receiving support from Ruto for many years.

“We have no option but to give Waluke a competitor. He was one of us but decided to move to Raila’s camp,” Barasa said.

"If there is an MP in Bungoma county that would have remained loyal to the DP it is my fellow John Waluke. Ruto stood by that man many times but he has abandoned him in the hour of need," Barasa said.

Nasiuma, the Sirisia Ford Kenya aspirant, told the Star if elected he will focus on connecting water to residents, improve health services and create employment.

"Sirisia faces a lot of problems and I am the only one who can solve them,” he said.

Bumula MP Mwambu Mabonga said the Jubilee government has failed and the President has started attributing his failures to Ruto, adding that it was Uhuru who gave the DP’s responsibilities to someone else.

"Uhuru is the one who allowed Raila Odinga to cause confusion in his government. He should blame Raila, not Ruto," Mwambu said.