• Most people go to church because of tithe and contributions but they must seize to do so. 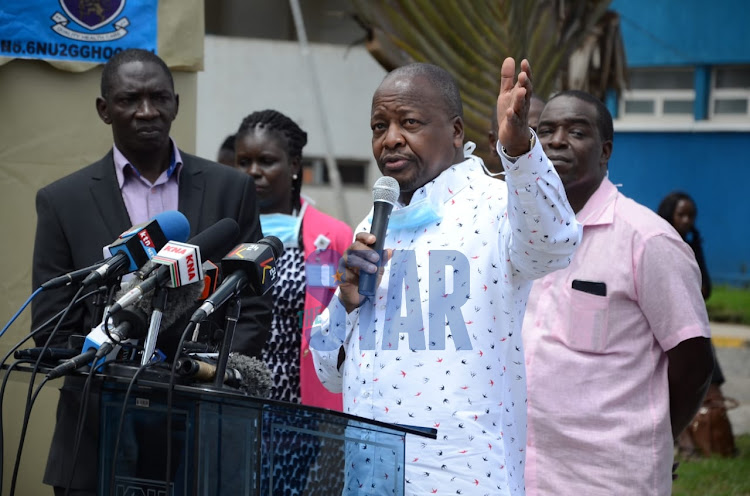 The government has suspended church, funeral, mosque and social gatherings.

"When you go to these gatherings, it's risky. Funerals should be for  immediate family only," Health CS Mutahi Kagwe said on Sunday.

He said that most people go to church because of tithe and contributions but they must seize to do so.

"Even gatherings within the street. Stay at home. People are getting sick. This is not business as usual."

President Uhuru Kenyatta had last week advised against gatherings to contain the coronavirus.

Several churches which chose to proceed with physical services on Sunday in the wake of the coronavirus pandemic enforced the one metre social distance rule.

However, some churches did not observe the rule.

Some of the churches which enforced the distancing rule include Holy Family Basilica in Nairobi, St Teresa's Catholic Cathedral church in Kisumu and ACK St Joseph's Cathedral in Kisumu.

On Saturday, the Catholic church announced masses would take a maximum of one hour with no entrance, offertory and bible processions to minimise social contacts as part of measures to curb the spread of coronavirus.

Nairobi pastoral coordinator Wallance Ng'ang'a also instructed those in charge of Sunday masses to take appropriate measures to comply with the government's public health directives to forestall any risk of spread of the virus.

Part of the instructions include not allowing Sunday school services and masses.

Most of the denominations in the country had suspended congregational worship on Sundays following a government directive to avoid crowding in the wake of the Covid-19 pandemic.

But the Catholic church had said it would continue with its Sunday gatherings.