Panic-buying eases as Kenyans come to terms with COVID-19

Supermarkets say they will not increase prices even as they stop bulk buying of critical items. 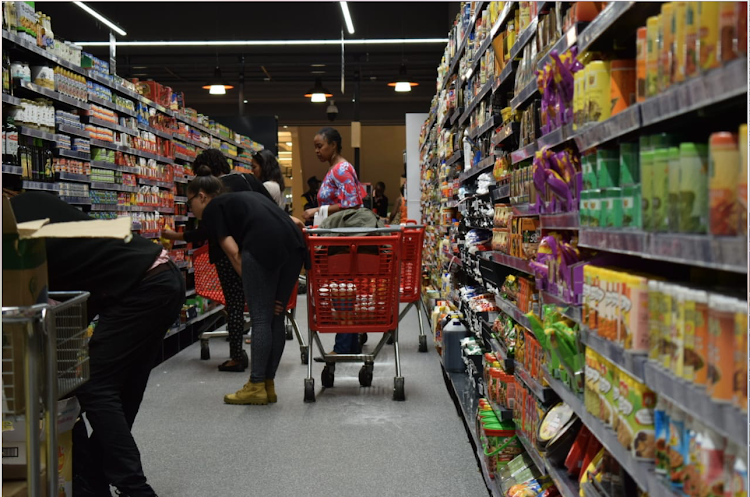 Reassurances by supermarkets that they have enough stock have eased the Covid-19 panic-related shopping even as two more cases were reported on Sunday.

Last Friday after Health CS Mutahi Kagwe announced the first case in the country, Kenyans rushed to supermarkets to stock up in fear of a lockdown.

"I'm stocking up in case of anything. We don't know what tomorrow holds,” said Lilian Nyareru at Shoprite, Westgate Mall, on Friday afternoon.

Following the shopping rush, commodities such as sanitiser and masks were cleared from shelves even after prices tripled. Naivas Supermarket along Kenyatta Avenue depleted its stock of sanitiser by 10 am. Tissue papers, maize flour, milk and sugar were other household goods bought in bulk.

On Sunday, however, different supermarkets noted normal shopping. There were no abnormal queues. Super-full trolleys with essentials were also countable. They said they have the capacity to sustain supplies and sought to assure that prices will not be increased.

The retail outlets have also put in place limited purchase policies for some items such as hand sanitiser and antiseptics to ensure no customer is deprived of disinfectants. At Carrefour Supermarket in Sarit Centre, Westlands, for instance, one can purchase only two sanitiser items at a go.

On Saturday, Tuskys sent out a public advisory saying each customer will only be allowed to purchase a maximum of three packs of hand sanitiser, antiseptic and bleach liquids.

The government on Sunday warned against exploitative pricing. President Uhuru Kenyatta said no one should take advantage of the situation to maximise profits.

There are 162,392 confirmed cases of Covid-19 across the world, with 6,068 deaths and 75,697 recovered cases. Countries such as Italy and Spain are on lockdown. Italy extended a strict restriction on movement from the north to the entire country on March 9 when it registered more than 9,000 cases.

Health authorities in Spain said on Saturday infection had reached 5,753 people, half of them in the capital, Madrid. Spain has followed Italy's path by implementing a lockdown. Both European countries failed to contain the virus in regional hotspots.

The outbreak continues to send jitters across the globe, with more cases being reported on the African continent. Kenya is the first country in East Africa to report a coronavirus case.