Support Karua to be your successor, women tell Raila

Busia women say arc Kenya boss is a ‘tested leader’ with ability to lead country because she has huge following. 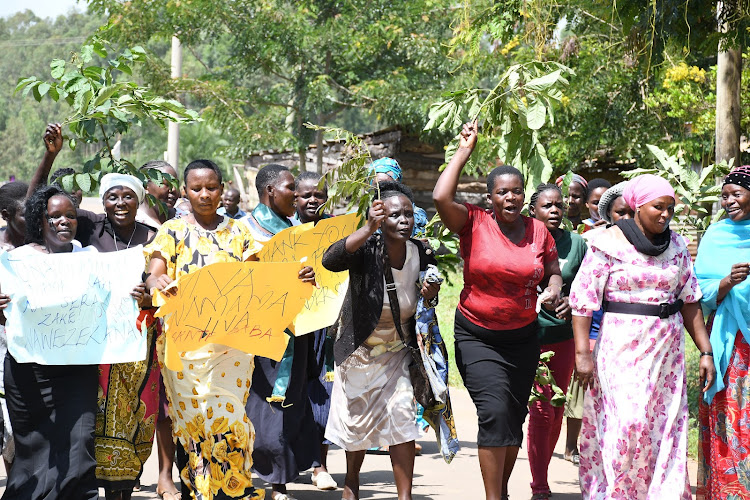 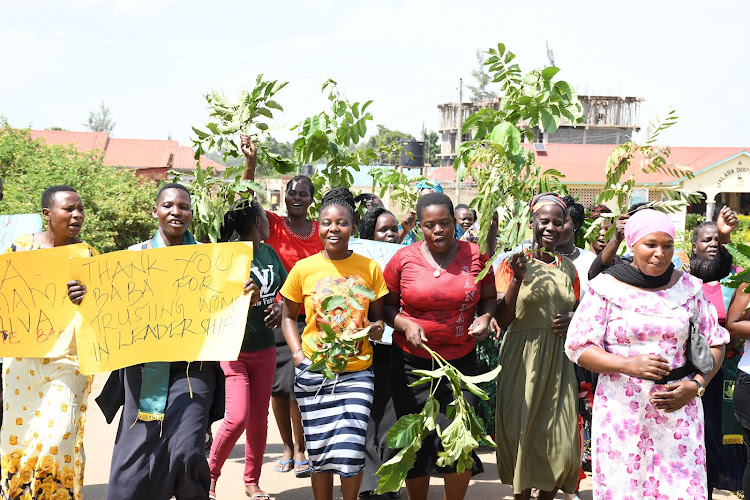 Women traders in Busia have asked ODM leader Raila Odinga to hand over the presidential baton to Martha Karua if he is elected in August.

In an interview with the Star, the women said the Narc Kenya boss is a ‘tested leader’ with the ability to lead the country because she has a huge following.

“We are celebrating the selection of Martha Karua as Raila running mate. That is enough to tell the world that Raila appreciates women's leadership," Malaba Central MCA aspirant Takia Mzinza said.

Raila picked Karua as his running mate on Monday at KICC in an event attended by high profile leaders from the Azimio la Umoja One Kenya Alliance and Cabinet Secretaries.

Karua was selected among the top three candidates suitable for the job by the Azimio running mate selection panel after  two days of interviews last week.

Rehema Atyang, a member of the Malaba Cross Border Women Traders Association, said the decision by Raila to choose Karua as his running mate clearly shows the confidence he has in women.

Karua’s profile in the country and Mt Kenya region has risen prominently since she vied for the presidency in 2013 and contested the Kirinyaga governor seat in 2017.

She had announced her interest in making a second stab at the Kirinyaga governor seat on a Narc-Kenya ticket.

The outspoken lawyer once served as the Gichugu MP for more than 20 years between 1991 and 2013.

The mother of two first served as a magistrate at Makadara, Nakuru and Kibera courts between 1981 and 1987 and later established Martha Karua & Company Advocates law firm.

43 per cent of men prefer Odinga -Karua ticket while 35 per cent of women will vote for the pair.
News
1 month ago